Apple carbon neutral by 2030. An ambitious goal that presupposes the restyling of all operational and administrative sectors of the Cupertino company. Here is the roadmap to the Green Apple.

di Andrea
in Environment, Technology
Share10Pin2Tweet6SendShare2ShareShare1
⚪ Reads in 6 minutes
A A

The tech giant has promised that every device sold will have zero climate impact before the end of 2030.

Apple announced the commitment to become a carbon neutral company no later than 2030.

The entire production chain, including supply chain production, will be entirely zero-impact, thanks to the introduction of technologies for reducing emissions.

The tech giant said its new commitment to become carbon neutral means that every Apple device sold will have zero climate impact by the end of the decade.

Sources inside the Cupertino company say that Apple is already carbon neutral for the administrative sector globally, but over the course of its ten-year plan it will reduce emissions by a further 75% and develop carbon abatement solutions for the remaining quarter of its footprint. .

As part of its plans to mitigate climate change, Apple said it will continue to increase the use of low-carbon, as well as recycled, materials in its products.

The company revealed that it has also requested commitments from more than 70 suppliers to use 100% renewable energy for Apple production as part of its efforts to shift the entire supply chain towards clean energy. And to think that in the 90s the Apple he imagined luc years awayand from these themes.

The innovations that fuel our environmental journey are not only good for the planet, but they have helped make our products more energy efficient and bring new sources of clean energy online around the world. Climate action can be the basis for a new era of innovation potential, job creation and sustainable economic growth. With our commitment to carbon neutrality (in the form of carbon dioxide), we hope to be the trigger for global sensitivity for many other companies as well.

Sam Kimmins of the international non-profit organization Climate Group, said it was an "important announcement" from a company that is bringing technology and business trends to life around the world.

The CEO Tim Cook said: “Companies have a great opportunity to contribute to building a more sustainable future, born of concern for the fate of the planet we share. By leading this green revolution across its supply chain, Apple is setting a great global example in the shift to clean energy, including transportation and manufacturing. It will have a particularly strong impact in some of the most critical markets for the fight against greenhouse gases “.

“The timing of 2030 is as important as the scale of the effort. At that point, the whole world will have to cut carbon emissions in half. Apple is proving that the largest companies in the world have the power to make it happen. "

“It is certainly a challenge. But given the speed at which we've seen Apple switch to renewable electricity through our RE100 program and then influence others to do the same, we think it's possible to achieve these goals. "

Here is the video presentation of the Apple carbon neutral initiative

Apple carbon neutral by 2030: the roadmap

Apple has released a roadmap for the next 10 years detailing some of the actions it intends to take. Actions include the use of a new robot, nicknamed Dave, to retrieve the materials from the devices returned for recycling.
These materials will then be used for the structure of the company's smartwatches, tablets, smartphones and laptops.

Other efforts announced by Apple include:

When a company claims to be carbon neutral, it aims not to actually add carbon to the atmosphere.

It can do this in several ways:

Carbon neutral, the other companies

Until now, most companies have focused on offsetting emissions to become, as Apple hopes, carbon neutral.

This often involves funding projects in developing economies to reduce carbon emissions in those places. For example, the construction of hydroelectric power plants, or incentives for the use of solar energy.

These reductions are then deducted from the production of the main company.
The result of these carbon neutral policies effectively slows down carbon emissions.

To be negatively impacted, however, a company must actually remove more carbon from the atmosphere than it emits.

An example? Microsoft has stated that it will do so using a range of carbon capture and storage technologies by 2030. Indeed, Bill Gates' company has planned by 2050 to remove the same amount of carbon it will have emitted from the environment in all its history.

In short, it seems like a competition between the technological giants to show themselves as eco-friendly as possible.

In any case, the direction is the right one.

Andrea, a degree in chemical engineering, but an unbridled passion for technology and the “digital” world. For over 10 years I have been working exclusively on online projects, and I teach both companies and beginners to do so, thanks to the free guides and insights of Selfmadeweb.it. 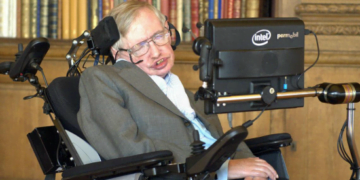 Apparently, black holes are not bottomless pits: something always escapes. The theory of astrophysicist Stephen is confirmed ...