Is infinite technological development possible in a world of finite resources? With these technologies (and their conscious use) probably yes. 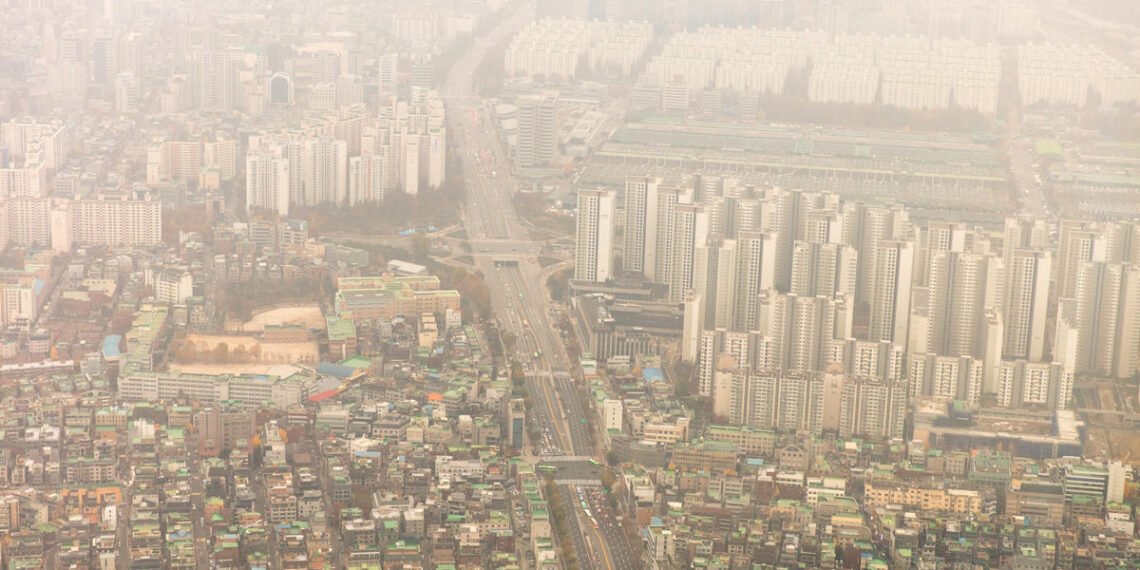 The past few centuries have seen a rise in wealth and a higher standard of living than in the rest of human history. Certainly partly thanks to economic growth and technological innovation.

Most of human existence has been described as "bad, brutal and short", with zero growth and improvement in living standards over long periods of time. Everything changed about 200 years ago, with the Industrial Revolution and the technological development that followed.

However, this technological development had a cost: a tangible negative effect on the natural world. And perhaps today this cost in some respects can become unsustainable.

For this reason, many now believe that we may have reached the limits of economic and, by extension, technological growth.

But it's true? Let's try to understand something.

Second J. Bradford DeLong, professor of economics at the University of California, Berkeley, until 1800, the average per capita GDP was the equivalent of about 200 euros. After this period, GDP per capita increased rapidly, reaching € 6.500 around 2000.

Most of the benefits of this growth have been enjoyed by a handful of nations, although some sort of acceleration has also affected least developed countries. Generally, albeit with some disparity, parameters such as per capita wealth, higher life expectancy or mortality rates from disease and malnutrition have been significantly improved.

But how was this technological development achieved?

The answer is, in part, thanks to what Adam Smith called "the division of labor." Giving more and more people the opportunity to specialize in particular tasks has allowed an explosion of technological development.

The heavy downsides of the coin

We are finally beginning to understand that this system has also led to the excessive consumption of resources. The natural world suffers tremendous collateral damage from this growth. From microplastics to heavy metals, from fertilizer abuse to climate change, we are bad keepers of this wonderful planet.

Some consider what happens as proof that growth cannot continue forever. Exponential growth would entail the consumption of more resources, the continuous loss of ecosystems and ever larger mountains of waste and pollution.

Not to mention a growing inequality between wealth and poverty.

It has always been like this, in fact. But it does not mean that this trend should continue in the future.

Technology may have contributed to these problems, but it could also be the cure for them. But first, let's unpack the idea of ​​a finite planet.

What is a "finite" planet?

Each planet, including Earth, has a certain amount of resources to offer. A limited quantity, even of raw materials.

Yes, the Earth is very big, but on balance and at least for now only a small part of it (the outer crust, the oceans and the atmosphere) can be exploited by humans.

This line of thinking assumes that resources can only be consumed a limited number of times. But, as we know, energy (and by extension, mass) cannot be created or destroyed, only changed in form.

In theory, at least, since everything we create from terrestrial raw materials remains on the planet, we could, with the right technology, reuse it an unlimited number of times.

Yet Earth seems to lose mass over time. It is estimated that somewhere they get lost in space 50.000 tons of terrestrial matter every year. Don't worry: it would take a huge amount of time to lose a significant part of our planet, and that's not the point of the article anyway.

The risk of a catastrophe

The excessive and prolonged consumption of resources on Earth will likely cause irreparable damage and the potential loss of its life support system: the biosphere. We need access to breathable air, food, safe water and a habitable environment to survive. And they are in grave danger.

Constant technological development at the expense of the environment will inevitably reach its limit. The delicate balance of ecosystems will be savagely destroyed, leading to mass extinctions, melting of the polar ice caps and other catastrophic events. In such a scenario, what is the use of pursuing "wealth" if we are unable to survive?

Can economy and technological development continue to grow forever on a finite planet?

If we limit our thinking to a single planet, such as the Earth, it is theoretically possible to have unlimited growth. But it will take an efficient way to use raw resources or reuse the "old" ones in harmony with the natural world.

Is crucial. Unless, of course, we find a way to produce nutritious food, clean water and breathable air only with our technology.

But one thing is clear, we cannot have continuous growth in technological and economic terms if it translates into irreversible damage to the planet.

This is why sustainable development becomes the key to technological development in the future. We need to separate economic growth from its potential damage to the environment.

To some extent, we are witnessing the beginnings of this process today.

For example, there are signs that a society with a certain level of wealth is also becoming aware of the need for a "cleaner", less expensive and more efficient life in the use of resources.

To put it briefly: once all basic economic needs are met, people allow themselves the "luxury" of preserving their surroundings. For many richer nations, this has been achieved in part by exporting their "dirtiest" needs to poorer nations. However, some have also been proactive in developing environmental protection laws.

In summary: what types of technological innovation could theoretically allow for infinite growth? Let's take a look at the future.

Automation is likely to continue to become more sophisticated and take on an ever-increasing number of laborious and repetitive tasks.

Robots are suitable for carrying out tasks that require a high level of accuracy or speed, or that do not give the opportunity to rest.

As long as their parts are in good condition and have the resources, such as electricity, they can continue to work indefinitely.

Robots are also becoming increasingly complex in design and capabilities. They can even build other robots on their own. In some areas, robots have increased productivity to levels unthinkable with the use of humans alone.

Robots have the potential not only to improve the efficiency with which we use natural resources and reduce our impact on the environment, but also to reduce waste caused by production errors.

Robots in turn require a large supply of resources in their construction.

They can send many people to the ground, supplanting their work. They should produce enough excess capital to support workers who remain at home, perhaps with measures such as universal income.

Two sectors that will be of fundamental importance in the future technological development.
Conventional subtractive production may no longer be the most efficient way of producing things. The very nature of this technique (starting from a raw material and subtracting / cutting / modeling) often leads to the waste of natural resources.

3D printing or additive manufacturing are incredibly efficient when it comes to using raw materials to build objects. Very few basic materials are wasted, and processing waste can be recycled more easily for reuse.

Since additive manufacturing allows many materials to be printed on demand, the supply chain is greatly reduced. One day on-site 3D printing could replace the huge warehouses.

Versatility is another key factor: 3D printers have been developed that can even print human food, medicine and organs. Many industries, from aerospace to automotive and healthcare, have already embraced additive manufacturing.

Even 3D printing tends to consume on average more energy than traditional methods. Of course, a cost compensated by lower costs in transport and other collateral factors, but with the restrictions on the types of materials that printers can use is one of the main obstacles to their use, at least for now.

That said, 3D printing will improve further, and will certainly be an important technology to help maintain the technological and economic development of the future.

One technology that could produce an unlimited future of growth is nanotechnology. It is incredibly promising. It is quite possible that nanotechnology will soon allow the development of materials such as metals not subject to temperature, or with elastic memories. Such materials could significantly reduce the consumption of raw metals by significantly extending their service life.

Nanotechnology could also lead to paints that warn of overheating or medical surfaces capable of detecting pathogens. They could also produce shatterproof glass that changes from opaque to transparent, reducing the need for more materials.

Nanotechnology can also produce non-toxic fertilizers for the environment, or more effectively filter seawater to make it drinkable.

Nanotechnology robots, also called nanites, may one day be able to transform even our waste into useful raw materials, or make harmless distant toxic.

These are just some of the wonderful environmental benefits that could come from nanotechnology. By optimizing the use of resources while reducing waste, nanotechnology is an example of how technological development could enable high and continued growth rates into the distant future.

The rise of the internet has changed the way we do many things. It has also created many new industries never dreamed of before.

Above all it has brought a whole new way of making money: the digital economy. In recent decades, a wide range of new businesses have emerged, each with unlimited (theoretical) potential.

The only real limit to the growth of the Internet is energy in nature. Finding an ecological solution to this problem will require the development of different energy generation systems (including nuclear, photovoltaic, wind, hydrogen cells and so on).

The possibilities of the internet are still astounding. From making cars autonomous to revolutionizing agriculture, the internet of things (IoT) promises to make our lives easier, and perhaps even less harmful to the environment.

Smart homes, using the IoT, could enable near-autonomous management and waste reduction, including more efficient uses of energy, water and other resources.

Sensors and other monitoring devices can already be used to collect data and monitor parameters such as pollution levels and air quality.

But IoT can also be used to directly help nature. It is already used to protect bees or to combat poaching.

If none of what I have described worked, technological development could obtain potentially limitless resources from space. From the extraction of meteorites to the colonization of other worlds, one day thespace exploration it could provide a means of infinite technological and economic growth.

If we can turn the exploitation of space resources into reality, we will never have to worry about limited resources again. But this will require a significant investment of energy, technological development and, yes, resources, to become reality.

In summary: living “at zero cost” for resources and the environment will require time and money well spent. It will truly be an investment in the future of our species and the planet.

If we succeed, our technological development will continue to grow without affecting our planet. 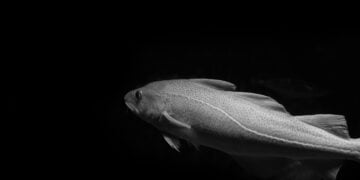 The skin of fish (specifically: cod) used to regenerate human skin and repair wounds? Yes, without rejection and ...