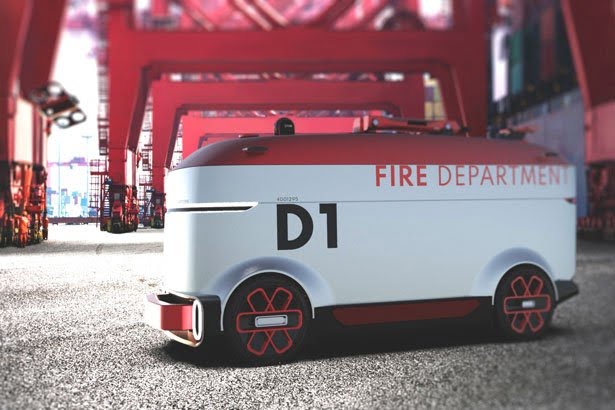 A service vehicle always ready to be the first to the scene of the accident, even before the fire brigade arrives. A significant advantage to have among the future vehicles also an autonomous fire engine that moves by itself in case of fire. The sooner this robotic vehicle can arrive, the faster it can scan the building to locate and suppress the fire while waiting for the firefighters to arrive and "do the dirty work." That, sorry if it's not enough, to save lives and evacuate the occupants.

The autonomous fire engine begins to circumscribe the fire with an automatic robotic arm equipped with an AI controlled water cannon. Get data from a 360 ° thermal camera. With its intelligent activity, the vehicle stabilizes the fire and prevents it from spreading further.

This concept autonomous fire prevention is the vision of future vehicles developed by Daniel Pokorný. It features a drone that flies around the building to scan the area inside for particles and especially people. Live or die, also noting their specific locations. From the data, an augmented reality scenario is obtained, a sort of 3D map superimposed on real images. With this, firefighters are able to help more quickly.

Each vehicle of this type is equipped with a large water tank, a flame retardant coating and indestructible military grade tires. The autonomous fire engine is not intended to extinguish a fire by itself, but to be the first to show up on site and control the fire until the firefighters arrive.

For me, we are at least 20 years behind a similar solution, but someone has to imagine things first, then make them happen. What do you think about it? 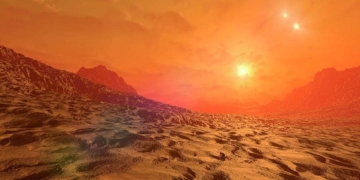 There is no two without three: our "stellar neighbor" Proxima Centauri has another planet spinning around it, and ...