A frightening growth and unprecedented attractiveness: TikTok begins to break through even over 30s and influencers from other social networks. 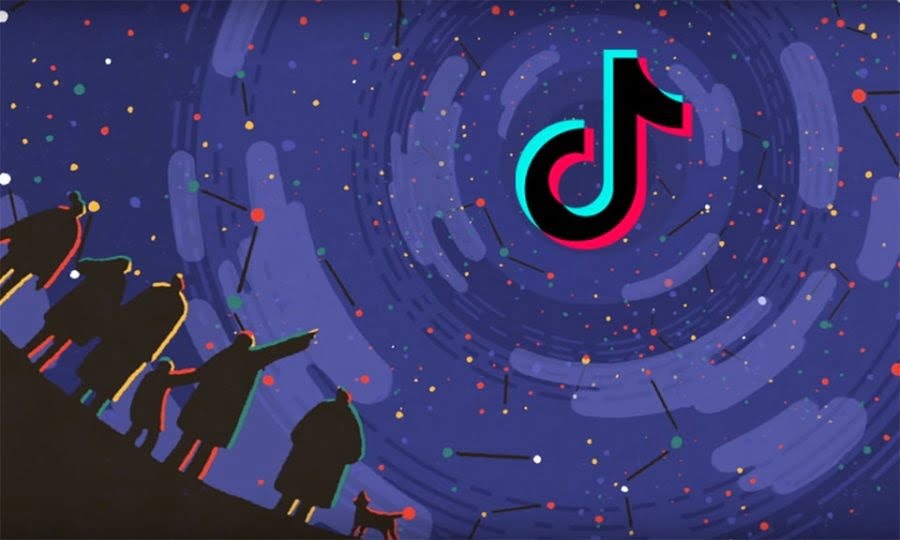 Alana Tsui did not think in the least of joining TikTok before the coronavirus pandemic.

The artist and influencer already has a robust following on Instagram. And like many others, the 31-year-old had dismissed TikTok as a teen app.

Then the spread of the virus in New York also forced Tsui to stay at home to curb the pandemic, and she found herself with a lot of free time to try something new.

"I thought: there is a lockdown, I have nothing to do ... and it seemed fun," he said. Now he sometimes finds himself posting four videos a day on the platform.

Tsui is not the only one. In recent months, hundreds of millions of people around the world have downloaded the video app as the US, Europe and other states have imposed quarantine to curb the spread of the coronavirus.

For many people, the app has become a fun escape from all the sad news about the virus and its balance sheet.

TikTok caught the problem at the moment, pushing upbeat hashtags like “#HappyAtHome,” which saw many users persuade their parents to make TikTok videos as well.

The results obtained by relaxing content promoted directly by the platform are also good. Two Wednesdays ago, for example, one of the streams on TikTok was broadcasting live footage from a Panda reserve reserve.

The strategy paid off. In just two months (January to March) TikTok was downloaded 315 million times, a result that surpassed any other app for a single quarter.

TikTok now has a total of 2 billion downloads, double that of just 15 months ago.

With large numbers also come what seem like signs of a domino effect. TikTok begins to "break through" even on different categories of users and attracts the "stars" of other social networks. Content creators and influencers with millions of followers on Instagram and YouTube are now also switching to this platform.

It is a progressive discovery: in very fast times like those of the network, those over thirty need to familiarize themselves with the dynamics of TikTok. Adapt to the format, above all.

The record influx of new users across multiple age groups is a big win for ByteDance, the creator of TikTok. The app is the only (for now) social media platform created by a Chinese company to have achieved significant results outside of China.

The success of the Beijing-based startup within China during the pandemic was even more glaring, and may provide clues as to how TikTok hopes to become a major money maker in the future.

ByteDance's mobile apps grossed $ 157 million from January to March, according to Sensor Tower. Almost 90% of this amount comes from the Chinese domestic market and from the “home” version of the app, called Douyin. These figures are still low compared to the Western Social giants, yet it was the quarterly record for ByteDance, with a del% increase 423 compared to the same period of the previous year.

In China, live streaming is very popular. Influencers often make money by receiving virtual tips during live streams.
"There is a habit of tipping content creators on Chinese apps," he said Wiktoria Marszałek, account manager of Nanjing Marketing Group, a company that helps foreign companies grow their brands and sales in China.

For example, Douyin users purchase donuts or virtual hearts that they can give to content creators or influencers during live streams. This obviously translates into in-app revenue for ByteDance.

The revenues of Douyin and TikTok "will skyrocket," he said Randy Nelson, Sensor Tower analyst. The app's success in monetizing users places it in the wake of the best entertainment companies.

Westerners are not so used to the Chinese style of live streaming. Giving virtual money to content creators on social media is not a common practice: Facebook has an in-app currency introduced to allow users to tip content creators, but has never gained ground.

The testing ground does not stop at "virtual tips". TikTok has also started experimenting with e-commerce buttons for select advertisers and influencers. The ad revenue would be split between TikTok and the influencer.

Like many other social media companies, TikTok predicts that the coronavirus will deal a serious blow to advertising revenue in the United States, Europe and other markets in which it operates.
It has begun to "donate" advertising credits to health organizations so that they can publish updates on the pandemic. It will offer more free ad space to restaurants and small businesses when they start reopening, the spokesperson said.

When companies start to spend again, many bet that TikTok will be the place where they will pour money.

Let's go back for a moment to Tsui, TikTok influencer

At the beginning of the post I told you about her. Before moving to New York, Tsui lived in Hong Kong, where he made about $ 1.500 a month by partnering with brands and advertisers to promote their articles to his 74.000 Instagram followers.

Breaking up on Instagram in New York proved difficult. But now, “everyone is talking about TikTok, brands are really targeting influencers and running ads on TikTok,” he said.

Tsui therefore joined TikTok in early April. One of his posts has managed to get a coveted spot in the app's "Suggested" feed, a place where users can watch content that TikTok's algorithm thinks they like. Tsui has gone from 17 followers to over 10.000 overnight. He currently has around 27.000 followers.

Tsui is currently trying to figure out TikTok influencer's (notoriously mysterious) algorithm in hopes of developing a following strong enough to lead to substantial gains.

“I think TikTok is the way to go in the future in terms of product advertising and promotion,” Tsui said.

And what do you think? 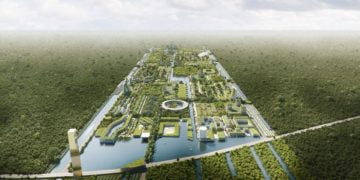 The architect Stefano Boeri realizes a Smart City project that can become a paradigm of the communities of the future, techno-ecological.