The race for naval drones continues. The latest killer robot ship is Chinese, its name is JARI and it can fight in many ways, even in packs.

di Gianluca Riccio
in Military, Robotica
Share69Pin8Tweet22SendShare6ShareShare4
⚪ Reads in 2 minutes
A A

The new Chinese naval drone capable of carrying out anti-submarine and anti-ship missions was subjected to its first test at sea, according to a Chinese defense sector magazine.

The prototype, designed two years ago and developed last August, it was also photographed during testing, according to a report in the latest issue of Ordnance Industry Science Technology. The authorities do not provide details on the location of the test.

With an active matrix radar and other advanced electronic systems (such as those of US or Chinese advanced destroyers), JARI is able to locate underwater targets even at 7 km away.

The 15-meter, 20-ton ship was developed by the China Shipbuilding Industry Corporation (CSIC). It has a range of 500 nautical miles and a top speed of 42 knots.

JARI, the killer robot ship that attacks in packs

"The JARI USV can be loaded onto an aircraft carrier or amphibious assault ship to provide their attack groups with extra reconnaissance and attack platforms", the report states. "Once the technology is developed, these ships will also be able to launch a pack attack on large enemy ships.".

Needless to say, the Chinese effort is not the first of its kind: many other countries are working on robot ships or killer naval drones. Because? They are cheap, dynamic, stealthy and expendable for dangerous missions.

The U.S. Navy has deployed several types of USVs in the recent past. Submarine patrol and detection, mostly. It is also working on two large unmanned surface ships. 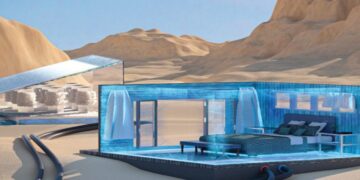 All over the world there is a hunt for ways to cool homes and food without impacting the environment. Researchers' tests ...