The low mortality in Germany is an increasing cause for curiosity and amazement among experts. Coronavirus causes many infections but few deaths. The reasons are many. 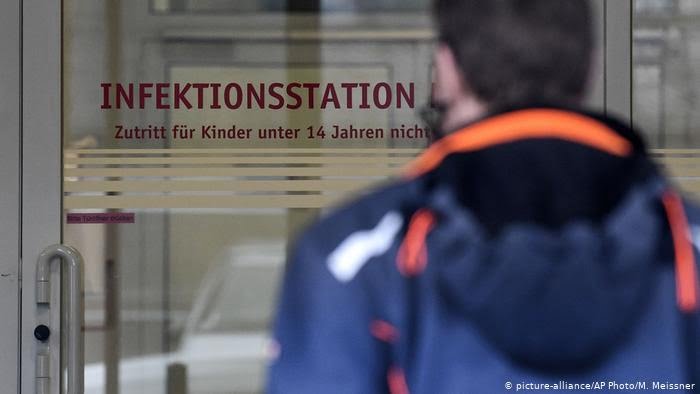 Low coronavirus mortality in Germany is a source of debate among experts. Many question the German methodology behind data collection. Others argue that the high number of swabs made allows for a more accurate approximation of the threat posed by the new coronavirus.

Although the pandemic hit Germany with all its might, (Johns Hopkins University he noted 22.364 infections yesterday morning) only 84 people have died so far.

This means that Germany currently has the lowest mortality rate among the 10 countries most affected by the pandemic: 0,3% compared to 9% in Italy and 4,6% in the United Kingdom.

Germany also has many elderly people

German politicians and senior health officials are somewhat reluctant to comment on the low death rate at this stage. Not many clarifications arrive. Lothar wieler, president of the Robert Koch Institute (RKI), the government's central public health agency, said he did not expect there to be a significant difference in death rates between Italy and Germany over the long term.

"It is too early to say whether Germany is better medically prepared for the Covid-19 pandemic than other countries," said Marylyn Addo, who heads the infectious disease department at the University of Hamburg Medical Center.

A probable explanation for the discrepancy in the numbers, Addo suggested, was that while hospitals in northern Italy are flooded with new patients, German hospitals are still not at full capacity and have had more time to clear beds, stock up on equipment and redeploy staff.

"An advantage of Germany is that we started making professional contacts when the first cases were reported"Addo said. "It took some time to prepare our clinics for the coming storm."

Basically, Germany started testing people even with milder symptoms relatively early, which means that the total number of confirmed cases can provide a more accurate picture of the spread of the virus than in other states.

How many swabs does Germany do?

According to the German National Association of Health Insurance Doctors, the country has a capacity of approx 12.000 Covid-19 tests per day, while Wieler claimed to have an ability to 160.000 tests per week.

The age profile of those affected in the first few weeks was also younger than in other countries. Many positives have returned from ski resorts in Austria or Italy, and the lower average age would help explain the low mortality rate.

"I suppose many young Italians have been infected without ever being discovered"he said to the newspaper Die Zeit Christian Drosten, virologist at the Charité hospital in Berlin. "This also explains the supposedly higher death rate of the virus there.". And the suspicion that the virus had been in circulation for a long time also in our country increases considerably.

Mortality in Germany will increase

Drosten, who advised the German ministry of health, also warned that Germany's mortality rate is likely to increase in the coming weeks as high-risk areas become more difficult to identify and testing capacity grows.

Different methodologies between Germany and Italy

The methodology behind Germany's data collection could also play on the discrepancy between Italian and German figures.

If a patient tests positive for the Covid-19 coronavirus in Germany, the doctor notifies the local health authority, which digitally transfers the data to the Robert Koch Institute.

The delay in this process explains why the daily numbers of RKI have been consistently lower than those of Johns Hopkins University, which updates its data tables more frequently. At 10 am yesterday (Sunday morning), for example, the RKI detected only 55 victims in Germany.

In Germany there are no post-mortem tests

Unlike Italy, there are currently no widespread post mortem tests for the new coronavirus in Germany. The RKI says that those who have not been tested for Covid-19 in their lifetime but are suspected of being infected with the virus "can" be tested after death, but in Germany's decentralized healthcare system this is not yet a practice. routine.

As a result it is theoretically possible that there are people who died in their homes before being tested, who do not appear in the statistics. However, this could also happen to us.

Medical specialists such as Addo do not consider this data statistically significant. "Respiratory disease clinics have been on high alert for the virus for weeks, so I would be very surprised if there were a significant number of unexplored deaths."

In summary: yes, the current REGISTERED mortality in Germany is much, much lower than in Italy, but the situation is in full evolution and there are several differences in the tracking of cases. 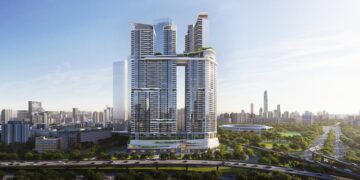 A mega building complex in Shenzen shows a future trend: Shirble confirms that sociality will be vertical in megacities.