Profusa Lumee, a biosensor capable of detecting changes in the body due to infection, can report infection for up to 3 weeks before seeing its symptoms. 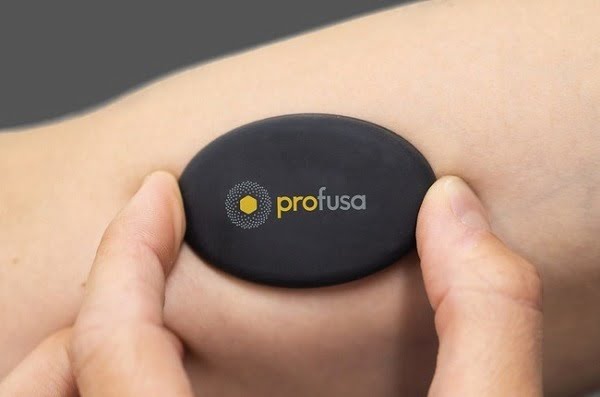 The Profusa Lumee biosensor consists of a special hyrogel and an emission device. Together, the two can detect and transmit data about minor changes in the body, potentially including infection with diseases and viruses such as the coronavirus.

Why are pandemics so difficult to stop? Often it is because the disease moves faster than people can notice the infection. DARPA is helping to fund a new study to determine if a biosensor under the skin can detect flu-like infections even before their symptoms begin to manifest.

Its producer, profuse, says the sensor is on track to gain FDA approval early next year.

How the Profusa biosensor is made

The sensor has two parts. The first is a 3mm string of hydrogel, a material whose polymer chain network is used in some contact lenses and other implants. Inserted under the skin with a syringe, the small string includes a specially designed molecule that changes color when the body starts fighting an infection.

Other side it is an electronic component attached to the skin. It sends light through the skin, detects if a color change occurs, and generates a signal that the wearer can send to a doctor, website, etc. It is like a laboratory of blood on the skin that can collect the body's response to disease before symptoms occur, such as coughing.

The announcement comes as the world grapples with COVID-19, a respiratory disease that can present in flu-like symptoms like cough and shortness of breath.

"The military is taking a leading role in vaccine research," the general told reporters at the Pentagon Mark milley. “Our military research labs are working feverishly trying to invent a vaccine. So we'll see where we are in the next two months. "

The upcoming Profusa-funded study, announced on Tuesday, will test the sensor's ability to detect influenza outbreaks for up to three weeks before they can be detected using current methods, Profusa's chief executive said. Ben Hwang.

Hwang said his company has received grants from the Defense Advanced Research Projects Agency, or DARPA, since around 2011.

Premature times to be able to deploy the biosensor in the fight against coronavirus, but with this system we could prevent the next pandemics.

Pierpaolo Sileri, vicemin. Health: "with coronavirus I lost my sense of smell and taste"