All over the world it is a crazy race against time to find a coronavirus vaccine. The former may enter clinical or emergency use in April. 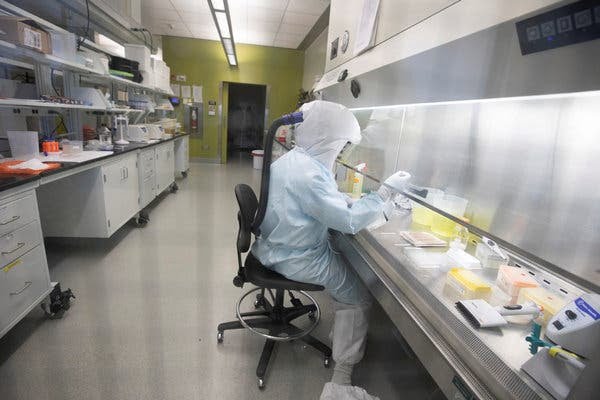 China said some vaccines for the new coronavirus could be in clinical use as early as next month.

Chinese scientists (not the only ones working in this direction, but perhaps the most determined) are trying to develop products forcovid-19 immunization with five technologies simultaneously.

"We estimate that in April (in line with relevant country laws and regulations) some of the vaccines may enter the clinical or emergency use phase," said Zheng Zhongwei, director of the Research and Technical Development Center of the National Health Commission.

Zheng ha aggiunto: “COVID-19 is a new virus. We need a process to explore and understand it. The same goes for vaccine development - we need to solve problems gradually as we continue to explore and deepen research. "

Zheng made the comments at a press conference held today by the Joint State of China Prevention and Control Center.

The coronavirus vaccine is a crazy race against time

The official said a special team was set up to deal with the development of coronavirus vaccines.

After examining dozens of companies, the team he selected eight to simultaneously create the first vaccines using five different methods. Practically it covers almost the whole spectrum of possible vaccines (for a review of the types I recommend the good, old Wikipedia).

One of the candidates for inoculation is an inactivated vaccine. It uses the "dead" version of the disease-causing germ to stimulate the human body to create antibodies.

Another is a subunit vaccine. It enriches the genetic engineering to replicate the Spike protein, or protein S, to stimulate therapeutic immune responses in human bodies.

The method injects human-encoded S proteins to induce their bodies to produce more S proteins. The process is expected to stimulate the receptors to create antibodies.

The remaining two options are carrier vaccines, one with adenovirus and the other with reduced flu viruses.

Zheng said experts are already testing the efficacy and safety of all five vaccines on animals.

More news waiting for the vaccine

Last week a team of Chinese scientists revealed that they had developed an oral coronavirus vaccine using brewer's yeast.

The news was announced by the professor Huang Jinhai of the Tianjin University School of Life Sciences and reported by the state newspaper People's Daily.

Professor Huang said he took four doses of the drug without having any side effects.

However, the expert said the product was still “far from being” sold on the market because it had to pass animal tests and clinical trials.

Last month, a Russian diplomatic mission in China claimed that Russia and China were working on the development of a coronavirus vaccine and that Beijing had delivered the virus genome to Moscow.

The US has allocated over $ 1 billion for the development of a vaccine.

The world runs, trembles and hopes.

In Tunisia, cell phones have been successfully used to document the December revolution in Sidi Bouzid: in the future ...