Former technical director in Brabham and McLaren, Gordon Murray started his own business in 2005. He has already churned out interesting projects, but Motiv beats them all.

Former technical director for Brabham and McLaren Racing, Professor Gordon Murray he decided to start his own business in 2005. Over the years he has already produced many interesting projects, but Motiv, honestly said, beats them all.

La GMDGordon Murray Design has partnered with Delta Motorsport and itMoves. They will help him develop his Motiv, a self-driving fully electric single-seater vehicle, for personal mobility, driving and commercial delivery applications.

"Motiv has the potential to transform future mobility"Said Murray. “The best way to make any vehicle commercially viable and economical, while still offering first-class efficiency, is to make it as light as possible while maintaining the highest levels of safety. With Motiv we used our iStream technologies to create an ultra-light body structure. The result is a compact, refined, safe and versatile vehicle, while remaining capable of reaching a significant range. "

The Motiv is proposed as an alternative to vehicles that show off plenty of seats but often carry only one occupant through the streets of the city. A recent Transport for London survey showed that up to 60% of cars and vans in London have only one occupant, a figure that is estimated to rise to 80% in the rest of the UK. The Motiv was designed with this type of user in mind.

A few more details on Motiv

This zero-emission private transport experience, ready for autonomous use, travels on 13-inch wheels, features a 20 kW electric motor and comes with a 17,3 kWh liquid-cooled battery pack under the floor. With a recharge it runs 100km and recharges 80% in 40 minutes.

The Pod Motiv for one person, rear-wheel drive, will move from 0 to 62 km / h in 7,5 seconds, before going to the maximum speed (so to speak) of 65 km per hour, however well calibrated for use in urban areas.

Motiv is relatively compact, 1,62m tall, 2,5m long and 1,3m wide, and its weight is less than 450kg thanks to the use of a high strength extruded aluminum frame, aluminum suspension and composite doors . Weight does not include the battery pack, but GDM says a relatively small battery module can be used without affecting range.

The project is partially funded by the British government's IDP14 program. It is a research and development funding that offers financial support for projects aimed at accelerating the transition towards zero-emission transport.

Murray is looking to partner with autonomous driving technology suppliers, with the goal of bringing Motiv to market within 2-5 years. This timing is highly dependent on the approval for autonomous transport by the authorities, a technology which has already accumulated thousands of hours in testing but is still being treated (in part rightly) with caution by the authorities.

The Motiv will be on display at the “Mobility Re-imagined” show held at ExCeL in London from today. 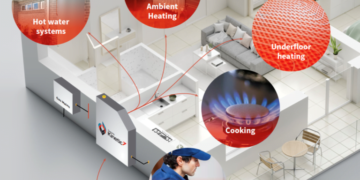 Kinetic 7, that is: water, some electricity and a converter to generate a fuel with zero emissions and a ...