Transport rules came about when a self-driving car was science fiction. Today it is different, and the big names ask the authorities to remove the wheel. 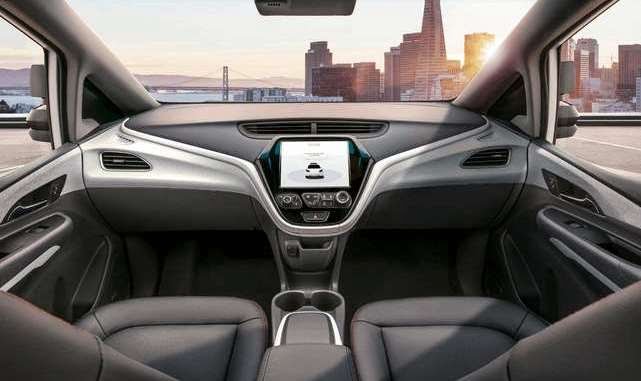 If you have the privilege of getting into a self-driving car today there will be a steering wheel right where you would expect. And probably also a backup driver, ready to intervene in case something goes wrong during the journey.

But General Motors (GM) autonomous vehicles division wants to remove the steering wheel from its vehicles. Or rather: he wants to start testing his cars without the wheel. And he has already produced a video that shows what such a design could look like without a steering wheel.

Currently, national regulations, created when self-driving cars were the stuff of science fiction, require vehicles to include essential safety features such as a steering wheel and brake pedal. The emergence of robot cars has made these rules obsolete.

According to a recent Reuters report, the NHTSA, the US transport authority, has confirmed a negotiation with GM, which is seeking permission to test a limited number of autonomous cars without steering wheels or any other manual controls.

GM first raised the idea in early 2018 and last week James Owens, the agency's chief executive, seemed to be enthusiastic about the idea of ​​auto general motors running around all by themselves.

"I expect that we will be able to move forward with these tests as soon as possible"Owens said, adding that the NHTSA will "definitely" make a decision next year.

The removal of manual controls from a self-driving car proposed by General Motors would be the first ever. It is an understandable trend. Although the steering wheel is one increasingly advanced tool, it loses its sense when it comes to self-driving cars.

Remove the steering wheel from self-driving cars: the authorities are more cautious

Elaine Chao, U.S. transportation secretary, who discussed GM's request, preaches caution by pointing out how self-driving car companies have had to reevaluate their ambitious plans on several occasions.

GM also recently said that it should delay the launch of its robo-taxi service because its technology isn't entirely ready.

On the other hand, if the test is not allowed more impetus, the adoption of certain solutions will not only be “prudent”, but hindered.

Waymo also wants to take off the wheel

Waymo, another leader in the self-driving car industry, has also asked NHTSA to remove the rules that require you to insert the steering wheel in your car.

"While ensuring security, it should move swiftly to remove obstacles to development", the company said in a letter submitted last summer.

In early tests of its technology, however, Alphabet's company used a bespoke car dubbed the Firefly. The vehicle was originally designed without any manual controls, but Waymo had to add a steering wheel and brake pedal to comply with current regulations.

Space for the future

It is clear that the needs of the producers clash with those of the legislators, concerned (rightly) about ensuring safety. The perfect legal formula must be studied to contemplate both development and safety.

Abandoning the steering wheel and pedals will allow you to manage the interior spaces and seriously plan future cars. 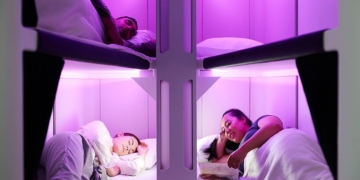 The overnight stay in flight experience will also extend to the economy class: from 2024 the planes will be smaller and smaller 'hotels' with ...