Versatile like a bike, spacious like a mini car, cheaply unworthy. But what prices, though! Lights and shadows for the Wello Family.

A Wello solar powered family bike / electric car has just been unveiled at #CES 2020. The vehicle demonstrates that families can also transport children or goods with a much smaller environmental impact than conventional transport.

But with a price tag of around € 8500 (a little less if you give up the solar panel), the Wello Family also proves that prices can still be an obstacle to adopting these fun and very useful little electric vehicles.

Even though I still can't afford it, though (and you?) Doesn't mean I don't appreciate it.

Wello Family is a small, powerful electric vehicle: the front not only houses the suspension, but also tilts to make the vehicle more stable when cornering at higher speeds. This feature (which debuted on the legendary Piaggio mp3) is now common on larger, higher-end three-wheeled electric scooters and motorcycles, but not on vehicles. The pedal tilt pedals are an almost absolute novelty.

In addition to the driver's seat, there is room for a child or an extra load in the rear. The rear seat turns into a trunk. Company data indicate that the bike / car can carry up to 800 liters or 80 kg of load.

The growing use of e-bike cargo as delivery vehicles could give vehicles like the Wello Family enormous commercial potential.

The vehicle also allows solar charging, and its coverage makes it usable even in rainy weather. Not only that: propulsion is practically guaranteed in all circumstances, you can use the engine or even the pedal with electric "assistance". This only means one thing: no driver's license, insurance, stamp duty, taxes or other costs associated with owning a car. He can even use the bike path, although he might get a few dirty looks from cyclists as he passes by (it is 80 cm wide and 2,3 meters high).

Speaking of speed: the electric motor helps Wello Family to reach speeds between 25,5 and 40 km per hour depending on the version (read: of the regulations of the place where it is sold).

The autonomy is from the city center, in order not to compromise the lightness of the vehicle: 100km per day, possibly corroborated by a little energy from the solar panels, if it is sunny.

Wello Family: adorable. But it costs too much.

As much as you love what Wello has done, I can't ignore the fact that it has a very affordable price. Such a price is unjustifiable, especially when whole used electric cars start to be found at these prices. Of course, they don't have the same advantages as a bike or a trike, but neither do the drawbacks.

With lower prices, such a vehicle will be my first choice. 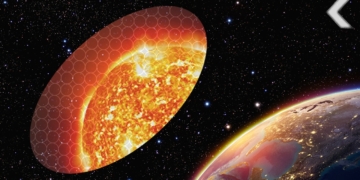 The dreaded (even by me) solar geoengineering: controlling the Earth's climate from space. Some resources to start understanding ...