Is it possible to generate energy from the human body as in "Matrix", if possible without becoming batteries with a tube in the back? Here are 5 promising technologies. 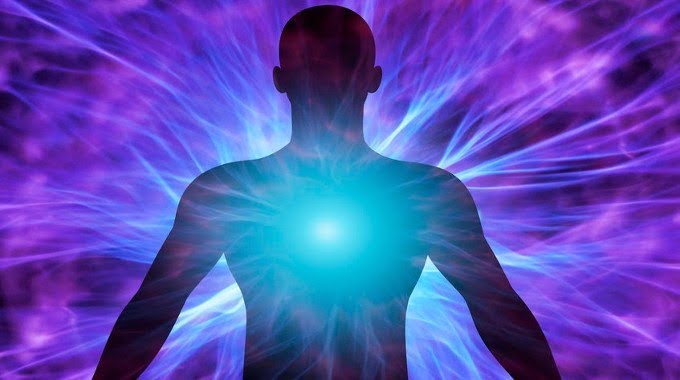 Can the human body be used to generate energy like in the "Matrix", if possible without turning into batteries with a tube in the back?

There are more ethical ways to collect energy from the human body: I'm not talking about indirect methods (like the RF-TENG technology) but of mechanisms that can draw energy directly from the body. In this post I will tell you about 5 interesting examples of existing or developing technology.

But first, a necessary question: how much energy can we get from the human body?

Our body is an incredible masterpiece of biology. It can do impressive things, including producing electricity, even when at rest.

The average human being, at rest, produces about 100 watts of power. This is equivalent to about 2000 kcal of food energy, which is why the recommended daily intake of calories is just around 2000 kcal.

There are various bodily functions that rely on the flow of charged ions, such as those involving muscles and the heart. However, one of the organs that has a lot of electrical activity is the brain. This vital organ is home to one hundred billion electrically conductive biological wires, also known as neurons.

How many kWh of energy come from the human body?

In the film Matrix there is mention of 25000 BTU (British thermal Unit). The equivalent is about 7 kilowatts now, and that seems a bit over the top. Indeed it is. According to other studies, the amount of energy produced by the human body is between 0,07 and 0,11 kWh: it depends on the state of wakefulness or sleep.

That said, let's take a look at 5 examples of technology that draws energy from the human body.

A team of researchers is looking for ways to use human body heat to generate energy. The team from the Electronic and Telecommunications Research Institute (ETRI) in South Korea hopes this study will revolutionize wearable technologies.

He created a light and flexible thermoelectric generator that uses the difference in temperature between the “hot” air coming from the body and the surrounding air to generate electricity. The module is 5cm wide and 11cm long and could be used as a generator shape for another wearable technology in the future. “When a special structure is attached to the thermoelectric device, there is a difference in temperature between the skin and the structure, mimicking the dynamics of the sweat glands. This basic technology is called biomimetic heat sink. It increases the efficiency of the thermoelectric module five times that of conventional products, maximizing energy efficiency ". Initial tests of the device were able to generate 35 microwatts per square centimeter. This is about 1,5 times higher than other studies on similar technologies made in the USA.

Energy from the sweat of the human body

Researchers from the Jacobs School of Engineering, University of California, San Diego they are working on a way to use human sweat to generate electricity. They created a small temporary tattoo that incorporates enzymes that can draw an electric current from sweat. These enzymes strip electrons (oxidize) from the lactate in the sweat to produce small amounts of electricity whenever the wearer sweats (perhaps while doing sports). They produce enough electricity to power small electronic devices like LEDs and even Bluetooth radios.

The generators made could be used to power a wide range of wearable devices. Biofuel epidermal cells represent an important step forward in the sector that has always fought to make the devices quite elastic and powerful.

The biofuel cells of Grenoble

In 2011, a team of researchers fromJoseph Fourier University of Grenoble created an implantable technology capable of generating electricity from the human body. Biofuel cells absorb energy from substances that are freely available in the human body: glucose and oxygen. Each cell consists of two special electrodes that perform separate functions. The first oxidizes (strips electrons of) glucose. The other donates electrons (reduces) to oxygen and hydrogen molecules. When both electrodes are connected in a circuit, they produce a flow of electrons from one electrode to the other. This generates a practical electric current that can be harnessed to power wearable devices or other implanted technologies (such as pacemakers).

Dr. Serge Cosnier and his team were the first to demonstrate this concept by implanting a prototype cell into a living being and making it work.

In 2010, a first model of the biocell was implanted in a laboratory mouse where it remained for 40 days, constantly producing electricity without visible side effects on the health or behavior of the rat.

Energy from inside the ear

In 2012 a team of researchers in Massachusetts produced a device capable of collecting energy from the ear.

How? Mammalian ears contain small electrical voltages called endocchlear potential (EP). Located within the cochlea, EP helps convert pressure waves into electrical impulses to be sent to the brain. It is a very small electrical potential (around one tenth of a volt), but it is strong enough to power, in theory, hearing aids or systems.

The conversion of the human kinetic movement into energy is not new, but nPowerPEG has made a lot of progress.

The device, developed almost a decade ago, is a small tube-shaped object that attaches to a belt or backpack and generates electricity while the wearer moves. It incorporates a magnet, a spring and an induction coil that all work in harmony to generate energy.

It cannot produce enough electricity to power laptops or tablets, but it may have great potential in the future to power other wearable technology or smaller electronic devices, such as cell phones.

A new hydrogel developed in Japan solidifies when exposed to heat: it can become a formidable protection from traffic accidents ...