Easy prescriptions, enormous availability and here is the overdose of benzodiazepines among the young USA. Psychoactive drugs like potato chips, lethal effects.

The number of teens taking excess benzodiazepines, commonly prescribed anxiety medications, has increased dramatically over the past 10 years.

I study, just published in Clinical Toxicology, found a 54% increase in psychiatric drug overdoses in cases involving children aged 12 to 18 who were reported to U.S. Poison Centers from 2000 to 2015.

Researchers from several institutions including MedStar Health analyzed 296.838 cases of benzodiazepine overdose involving children under the age of 18 obtained from the National Poison Control Center.

The study also found an increase in intentional abuse. Nearly half of all exposures reported in 2015 were documented as intentional overdose of psychiatric drugs, misuse or attempted suicide. The problem of addiction is so widespread at the youth level (almost like alcohol) that it has given rise to controversy at all levels, even on the occasion of the recent release of Joker, the painful film based on the comic.

“Benzodiazepine overdose alone is generally not life-threatening, save for rare side effects. Yet the results of this study show an increase in adolescents taking one or more additional substances. This increases the severity of effects and harms including withdrawal, death or life-threatening symptoms that can affect future health "Said Diane Calello, co-author of the study. Diane is the executive director and physician of the New Jersey Poison Control Center in the Department of Emergency Medicine at Rutgers New Jersey Medical School.

About 70.000 children receive emergency care assistance each year due to drug overdoses. Almost 12% of these visits lead to subsequent hospitalization. Calello said that the excessive ease of prescription is certainly one of the causes of this boom that takes on the traits of a real drug intoxication.

Medical service providers should be aware of the higher prevalence of benzodiazepine exposures to help limit unnecessary prescribing. Parents and healthcare professionals should be advised on the correct use, storage and disposal of these high-risk drugs. 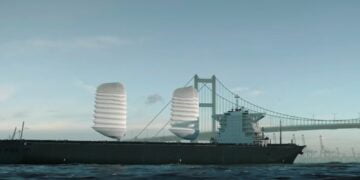 An inflatable sail system that can be installed and deployed instantly, and helps cargo ship engines and ...