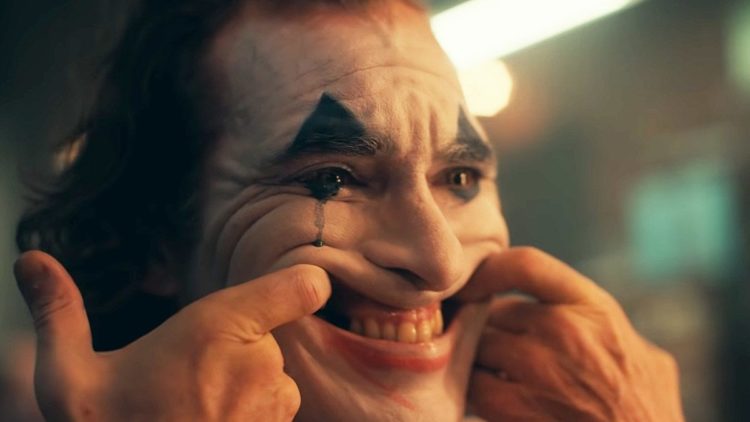 The film has sparked a huge debate in the US, and shows how much today's society resembles the gloomy and dystopian comics of the last century.

Works of art have the power to change us. They move something within us, physically and emotionally, in ways we don't yet know how to understand or explain. They can inspire gestures of absolute nobility or throw us into an abyss.

It is on the basis of this reflection that the observations on "Joker" are born, the film that Warner Bros sent to theaters after the triumph of the Golden Lion in Venice.

“Joker” tells the genesis of the evil and psychopathic enemy of the superhero Batman: a deranged sadist with a disfigured clown face, who enjoys the suffering of others.

Masterfully represented in 2008 by an incredible actor's performance by Heath Ledger, awarded with a posthumous Oscar, Joker sees his return to theaters with a dedicated film. The interpretation of the villain is entrusted to Joaquin Phoenix, protagonist of another extraordinary artistic performance.

In the age of near-viral gunfire or mass murder by people with mental disorders, the United States is not the best time for such a film, and the great controversy following its release are tangible proof of this.

The letter from Aurora

The families of the victims of a 2012 mass murder in the town of Aurora, Colorado, wrote an open letter to Warner Bros.

In Aurora 12 dead and over 70 injured were the result of an attack on a cinema hall where they screened "The Dark Knight - The Return", sequel to the Batman film with Ledger.

In the letter, the victims' families express concern that "Joker" could inspire more mass killings. Aurora's killer, a certain James Holmes, was initially associated with the Joker character for his clothing at the time of the assault. Today, they write from Aurora, there could be even worse problems, there could be a strong identification with a character “Socially isolated who feels unfairly attacked by society”. A symbol, in short, for anyone who wants to take justice on their own to redeem a life of innate or induced social problems. The hero of potential mass murderers.

"My fear is that someone out there (and who knows how many there are) on the verge of madness will be encouraged by this film," says Sandy Phillips, the mother of Jessica Ghawi, one of the victims. "I'm terrified of this."

It is not the only one

This week the army warned the intelligence services about the real risks that the vision of "Joker" could potentially provoke acts of violence by radicalized people. At risk people with mental problems, misogenic personalities and a perception of "voluntary celibacy", a condition of loneliness caused by society.

Elliot Rodger, a mass murderer in the Isla Vista assault (6 people killed and 14 wounded in 2014 in a gun attack near the University of California campus) was perfectly recognized in the description of "involuntary celibate".

Aurora's killer himself frequented conversations on the web between "involuntary celibates" and had considered himself a spokesperson for their thirst for revenge.

In the same environments on the net today there are warlike conversations that have as their object the concomitance of the release of "Joker".

For this reason, the FBI has issued an absolute ban on going to theaters with cosplay clothes or camouflage of any kind, "for security reasons", and has alerted the army.

Gasoline on the fire

To the fierce debate unleashed around the film is added the hasty response of both the director and the protagonist of the film. Both (sure, legitimately but perhaps with little sense of reality) they overlook the feared risks, declaring themselves simply "perplexed" at the idea that some sociopaths could elevate the figure of the super villain with the clown face to a hero and symbol.

Phoenix shunned questions about the effects of the film, while director Todd Phillips said that "Joker" and his account of how an ordinary man decides to become a mass murderer is not all that different from "John Wick", a action movie about a killer exterminating hordes of mercenaries to punish the murder of his dog.

What Phillips and perhaps even Phoenix seem to ignore is that the number of deaths in the film is not what constitutes the discriminating factor.

It is no secret that America's permissiveness in the granting of weapons, combined with the relative sloppiness in its approach to mental disorders, are the combination that causes the "epidemic" of mass murder in the country.

In spite of a facade support, both problems have been left to themselves for years, and in the American socio-political framework the solution to both appears almost a utopia.

On the other hand, as survivors of Aurora shootings and other events themselves write, the power to inspire, create opinion and incite action is part of every art form. The debate on "Joker" has polarized public opinion: on the one hand those who fear a resurgence of the phenomenon linked to mass murder, on the other hand those who invoke freedom of creativity and expression.

Reasons to sell for both positions, which however quickly turned into wrongs due to the virulence of the forms with which these reasons were transformed into the usual, useless game of opposition.

It is one of the reasons that in the presentation phase of "Joker" did not involve rehearsal rooms and "popular" audiences, but they circulated the film in various film festivals (including Venice, where it triumphed by beating the competition). The vision limited to the most aware cinephiles focused attention on creativity and not on the social potential or cultural implications of the film.

But the film maintains its power to inspire audiences, and even makes it difficult for film critics to define the film and its possible impact.

In an era in which the need to listen to the weak, the victims of violence (individual and mass) due to racism, abuse, bullying and other injustices, the slightly indifferent reaction to the victims of Aurora marks another point against of society, and perhaps an unconscious argument in support of those who feel excluded from it.

There are no easy ways out

This is the weekend when the film will hit theaters around the world, and also in the US. How should this be dealt with? Postponing the release of the film waiting for "better times" is a cul de sac: when could the sensitivity on the subject of mass killings end? On the other hand, even leaving the whole set of opinions, fears, controversies and background to such a theme trivializes the problem.

A good option would be to empower whoever made the film to the fact that this no longer represents, unfortunately, a comic reality, but a damn real phenomenon. The director and the protagonist of the film can take advantage of this release to bring everyone the right message to accompany it, and not escape interviews or minimize it for mere economic or artistic reasons.

The responsibility of the public

The release of this film affects us all: if as a society we are indifferent to the potential "Jokers" who live in our cities, or we dismiss everything as a simple film, we are exactly part of the causes that provoke these mass killings, indifferent as long as it it does not concern us and unable to analyze a phenomenon objectively.

Yes, today's society resembles too closely the dystopian one told by the comics born last century. The cities of the world are beginning to subtly resemble dark places like Gotham City, full of potential super enemies, outcasts and deranged of all sorts who transform from victims to murderers in general silence.

No masked hero, however, can help us. A generation of flesh-and-blood people raised on the specter of one slaughter a week in offices, schools and cinemas must learn to manage "A great power" like that of Art, "With a great responsibility."