Transferring the gut bacteria from older mice to younger mice produced an increase in neurogenesis. Merit of the butyrate produced in the intestine.

Microorganisms that live in the intestine can alter the aging process. The discovery could lead to the development of food-based treatments to slow it down and increase longevity.

An NTU Singapore team has developed an important longevity study that has one key element: butyrate. Using mice, the team led by Professor Sven Pettersson NTU Lee Kong Chian School of Medicine transplanted intestinal microbes from old mice (24 months) to young and germ-free mice (6 weeks). After eight weeks, the young mice had increased intestinal growth and neurogenesis, which is the production of neurons in the brain.

The team showed that the increase in neurogenesis is due to an increase in gut microbes that produce a specific short-chain fatty acid, called butyrate.

Butyrate and its role in the production of longevity

Butyrate is produced through the microbial fermentation of dietary fibers in the lower intestinal tract and stimulates the production of a longevity hormone called FGF21, which plays an important role in regulating the body's energy and metabolism. As we age, butyrate production decreases.

The study was published in the journal on November 13th Science Translational Medicine and was undertaken by researchers from Singapore, the United Kingdom and Australia.

According to the study leader Sven Petterson, Ph.D, “These are surprising and very interesting results, especially since we can mimic the neurostimulatory effect using only butyrate. Now we will try to understand if butyrate can support repair and reconstruction in situations such as stroke, spinal damage, and especially if it can slow down aging and cognitive decline ”.

These findings are exciting and raise many new open questions for both the biology of aging and microbiome research.

It is always helpful to know the ways to promote general health. This discovery offers many possibilities for i future methods of increasing longevity.

Carapace, the superyacht that becomes submarine 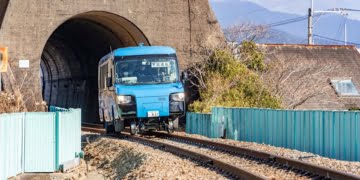