For the 1st time recorded plants that "speak" (emitting ultrasound with information) if stressed: a turning point in understanding the plant kingdom.

New research shows that plants can actually talk, but don't expect them to tell you something or spoil an episode of your favorite series.

The new study shows that plants "talk" by creating frequencies in response to their surroundings. In other words, they react by transmitting information, and perhaps they interact.

These "reactions" in plants, which we could see as analogous to human senses, are actually nothing new: in recent years we have learned that plants are able to "see", hear and smell. And now with this discovery we are only one sense away from the completion of the five human senses in some species of the plant kingdom.

For the first time the plants have been registered as they make airborne sounds when stressed. According to the researchers, this could open a new field ofprecision farming that "listens" to water-hungry crops to feed them more effectively.

The study was conducted by Itzhak Khait and his colleagues at Tel Aviv University in Israel. The researchers found that tomato and tobacco plants (as well as a variety of cacti, the one you see in the main photo of the post) "talk." They do this with sounds at frequencies that humans cannot hear when faced with situations such as lack of water or when they are cut off.

The study on plants that speak by emitting ultrasound.

Khait has explained in his research: “To study the airborne sound emissions from plants we first built a reliable recording system, in which each plant was recorded simultaneously with two microphones inside an acoustically isolated anechoic chamber. We recorded tomato (Solanum lycopersicum) and tobacco (Nicotiana tabacum) plants under different treatments: drought stress, cutting (of the stem) and controls. We focused on the ultrasonic sound range (20-150 kHz), where the background noise is weakest "

The researchers trained a machine learning model to discriminate between plant sounds and wind, rain and other environmental greenhouse noises in order to correctly identify the source of stress.

“After we managed to filter out the noises from the greenhouses, we were able to use the 'clean' sounds of the plants to classify their condition in the greenhouse. The results of the acoustic box recordings showed that the drought-stressed plants made far more sounds than the control plants ".

Thankfully, the range of human hearing is typically only considered to be 20Hz to 20kHz.

With the above in mind, we can now understand why humans are not sensitive to the sounds made by plants.

How do plants make sounds?

One possible mechanism by which plants speak by emitting ultrasound is cavitation (the process by which air bubbles form and explode in the xylem).

“The cavitation bursts have been shown to produce vibrations similar to what we have recorded. We have not yet tested whether these sounds are transmitted through the air at intensities that are also detectable by other organisms. Regardless of the specific mechanism that generates them, the sounds we record carry information. If these sounds served for the communication that a plant could benefit from, natural selection could favor traits that would increase their transmission. "

Further research needs to be conducted to find potential applications that this discovery may have.

This is a big step forward in understanding the plant kingdom. 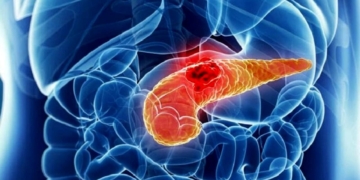