Production based on herbicides, pesticides and fertilizers will be replaced by precision agriculture, which will make the most of the fields with less waste. 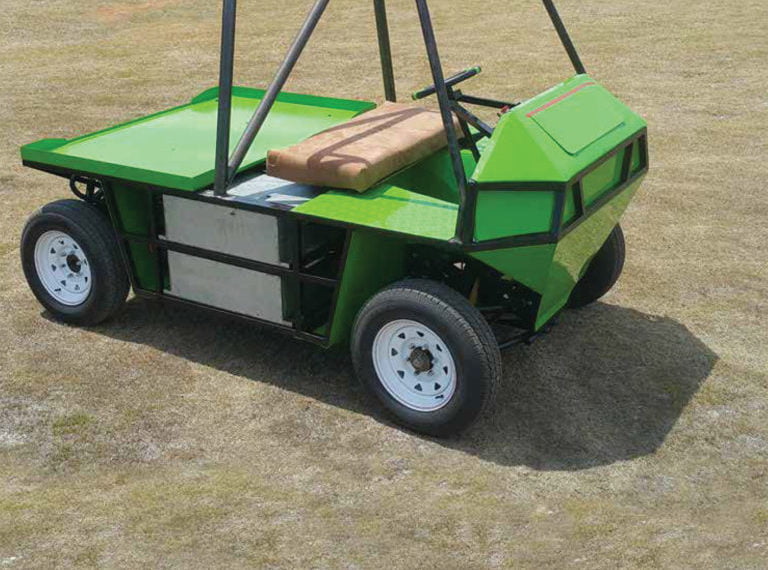 The use of batteries for vehicles and agricultural machinery promises to revolutionize the cultivation industry by lowering costs and improving production. From big tractors to small harvesting machines, all vehicles will be fully transformed by the electric.

For this reason, the expected revolution will be welcomed with open arms. The current transition will lead to what is called precision agriculture, a method that uses satellites, drones, GPS and agricultural robots to manage sowing, growth and collected. Precision agriculture will also reduce costs by directing the work of machines without waste and focusing it only where it is needed.

When the pupil is ready the Master introduces himself

Like all self-respecting revolutions, precision agriculture also benefits from the lowering of solar costs and batteries. This will allow an army of small autonomous robots to work for many hours at a sustainable price.

Away from the old world

Agriculture makes extensive use of energy and fossil fuels: current machines are powered by diesel or oil.

Yet (as with cars) electric tractors and agricultural machines are nothing new: in the 30s they were common, even if powered through a cable connected to the grid. The crucial difference was in the reduction of battery costs.

The “psychological” limit beyond which electric agriculture will no longer encounter obstacles is the possibility of storing enough energy to do a whole day's work with a single charge. Until then, the change will be "confined" to small-medium agricultural machinery (even if we are unlikely to see machines larger than the current ones in the short term, if we think that the next generation can be without a human driver).

Here are 6 methods and machines that will be the protagonists of the next agricultural evolution.

Fields require ever more powerful machines to prepare the ground between plowing and tillage. Machines capable not only of doing heavy work or carrying loads, but also of towing other tools in turn. For this reason, tractors are the flagship machines of agriculture and will be the first objective of electrical conversion.

Current photovoltaic-based systems do not supply direct energy to machinery through (for example) solar panels on the roof of a tractor, but start from a charging station and batteries. This still leads to limited range: the next step could include a swap mechanism and allow a tractor to replace its battery mid-day.

A concept called AgBot will lead the way to the next evolution of the format. Instead of a big tractor, the farms of the future will have fleets of small autonomous tractors doing different tasks simultaneously. The considerably lower weight will allow the mini tractors to pass over the fields even immediately after the rain, when the seeds start to sprout, reducing the use of herbicide.

A study from a few years ago showed that biomass is more efficient in creating electricity than liquid fuel. There are a large number of small biomass gasifiers on the market and they could become part of the equipment of any farm. It would be the beginning of a symbiotic relationship for precision agriculture: a way to make the most of every material produced.

While the automotive world is developing (with ups and downs) the concept of autonomous driving on civil cars, autonomous agricultural machines are already in development. They have fewer tasks to carry out in smaller and more circumscribed contexts, and if in small size they can perform them with great accuracy. Human supervision will also be possible, with a series of machines that will "imitate" a pilot machine driven by a flesh and blood person.

One of the main consequences of the collapse of solar costs combined with the increase in battery capacity will be the advent of agricultural robots, used alone or in synergy with each other. From light and tiny totally solar powered androids that will weed to larger machines capable of sowing, fertilizing, threshing and more. Agricultural robots can be very efficient (work in a continuous cycle even at night) and above all surgical: ideal for precision agriculture.

An example of an agricultural robotic system? Xaver, a product that combines both a cloud control system and a swarm of mini agricultural robots that work simultaneously. Knowing exactly where to plant, how much water to supply and when to harvest will make a difference.

The robots used consume 70% less energy than current diesel machinery. In addition, they do not use fuels, with zero harmful emissions.

Weed control can easily be considered the number one problem for farmers. Among the various classes of pesticides, the herbicide occupies the first place: no one would like to use it, but no one wants the weed to "drink" all the water destined for the field.

A typical example of an agricultural device of the future could be the one designed and currently tested by the Swiss company Ecorobotics. A totally solar-powered robot that searches for grass and then delivers the exact, minimal amount of herbicide: it can clean up 5 hectares a day without ever stopping.

The next generation of these machines will use lasers to eliminate weeds, with precise and circumscribed rays. A sort of definitive epilation, with weeds in place of unwanted hair.

One day the production based on herbicides, pesticides and fertilizers will be replaced by an "artificial wisdom" that will make the best of the fields using the minimum possible fertilizer. That day has already been plowed and sown, and will soon be harvested. 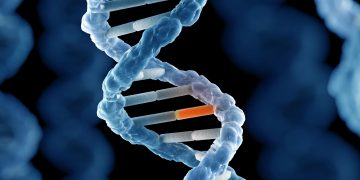 A new index could make it possible to estimate in advance the duration of human life and fertility. From the number of ...