An expert report finds parts of code that herald a new, particular feature of Google Maps: show which streets are more illuminated and which are darker.

In its relentless quest to make Google Maps as useful and accurate as possible, Google continues to add functionality to its popular navigation app.

The ability of the Mountain View company is to put in synergy on Google Maps also features that not necessarily could be associated with a road navigation application.

This is exactly the case with the function currently under development, which can be very useful in all kinds of situations. It's the typical feature we never knew we wanted.

Google will add a new display mode to its Maps. A mode that will show the street lighting rate, and that it would have kept secret if the developers of Maps xda v10.31.0 beta had not revealed part of the code.

Tell me where it sheds more light

The purpose of this function is to highlight the brightest streets in the areas you are traveling on. The new level can be useful if you are driving at night or if you are simply visiting a new place and want to avoid too dark roads with poor visibility.

The update will highlight the brightest streets with a yellow color and the visual indicator should be enough to help you avoid certain areas, especially when going alone at night to a place you've never seen before.

The first tests of the new Google Maps function will be launched in India and will subsequently be implemented in other areas of the world.

But how will he do it?

It's not very clear to me how Google will actually collect lighting data for its app, but I know that data collection is one of Google's strengths. I guess they are still fine-tuning the system, perhaps based on some sort of "heat map" taken from satellite images.

However, if collecting data in this case means adding some peace of mind to those who use Google Maps at night, I hope it is collected as quickly as possible.

Actual images of the new lighting level are not currently available, but the report offers a look at the code within the app associated with the feature: 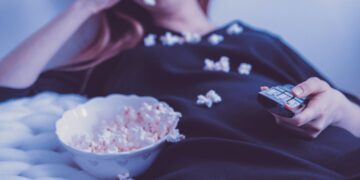 We are experiencing an extremely prosperous period for the home entertainment sector globally. While the cinemas ...