They spend a lifetime at work, and when they have to quit it's hard. This is why Japanese elders use exoskeletons trying to postpone retirement.

When we think of exoskeletons, super soldiers first come to mind. Remember the spectacular parade during the celebrations for the anniversary of the French revolution? Things like that.

In Japan, the increased use of exoskeletons is the prerogative of the elderly Japanese, who resort to assisted devices to receive help in daily activities.

It is not difficult to understand the reason for this trend. In the land of the rising sun, a lot of time is spent at work.

The work philosophy is that of a real "second family". It is not uncommon to see workers who spend whole days in the factory or on the farm, to do their homework or even relax. It is this type of professional who sees the withdrawal of work with more diffidence, and prefers to continue as much as possible, perhaps with a little "robotic" help.

Japan currently has one of the oldest populations in the world.

The lotus flower nation has the highest percentage of people over 65 in any country. According to 2015 data, they are 26% of the population. And since then they have certainly increased.

To overcome the problem and meet the demand, a number of Japanese technology companies are building exoskeletal suits to give the elderly a leg or an arm.

One of these companies, Innophys, developed a backpack-like suit that can be "loaded" by pressing a hand pump 30 times to fill air-pressurized "muscles".

The suit at absolutely popular costs can allow people to lift up to 25 kilos without any effort with the equivalent of around 1200 euros.

"One of our customers has a family-owned company that produces and sells pickled radishes and uses heavy loads in the production process", says the Innophys spokesman Daigo Orihara. "His father is 70 and should have retired, but he's still working on our muscle suit."

When it comes to exoskeletons, the types are always many.

Apart from those that I describe in the link above, it ranges from Panasonic's famous Atoun Model Y, a suit of about 5000 euros that adds 10 kilos of weight to what we can already lift, to an important study conducted by Toyota.

Among the pages it is stated in no uncertain terms that the automotive giant is developing its motorized exoskeleton for a single purpose: support an aging workforce.

As the population ages, the demand for exoskeletons is expected to increase. To keep enough people in the workforce, the Japanese government seeks to increase the retirement age from 60 to 70, promoting the need to find a solution.

Will the exoskeleton be a precious friend who will accompany the elderly Japanese workers to a well-deserved rest, or a wearable cage in which they will spend 10 years of extra "imprisonment"? 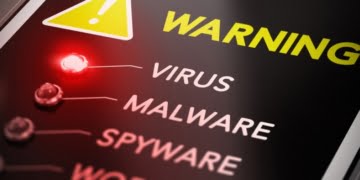 New year, but old life for computers: 2017 has started in the wake of the last few months, with a ...