The photo of the soldier with the exoskeleton is taken from the tests of the military parade on the Champs Élysées which on July 14 celebrates the French national holiday. 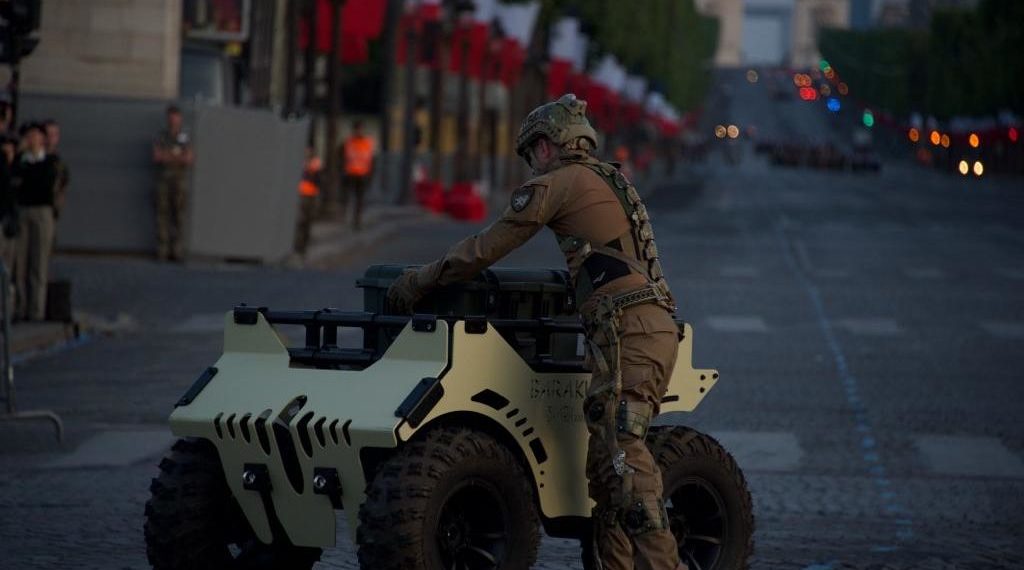 There are images that have the power to make you understand how much what you thought was the future is already present. Images or keywords such as "exoskeleton".

In this case I ran into both. Do you see the photo attached to this post? I propose it here whole:

No, it's not about the frames taken from a science fiction gameplay, or a still photo from the next sequel to a dystopian film.

National holiday in france. the image shows a French soldier with an exoskeleton who is getting off a robotic vehicle. It is taken from the dress rehearsal of the past few hours for the military parade that today, 14 July (anniversary of the storming of the Bastille, a bit like independence day for this people) will mark the celebrations for the French national holiday on the Champs Élysées. The party in France, which has always been very popular, was in the past a simple occasion to "flex your muscles". Even today, although of more symbolic value, the French military parade offers the opportunity to see the state of the army and in general the French future of military innovations. This is the case with military exoskeletons.

La verification of the program confirms the thesis: this morning, 10:20 am, the parade for the French festival will begin with an essay on the technological innovations in the military field exhibited by the cousins ​​from beyond the Alps. Drones, “robot mules”, exoskeletons will be involved in the demonstration of all possible fields of use.

Let's take a closer look at the model worn by the soldier pictured at Bastille Day. It is the heir of Hercule 640, an exoskeleton (exosquelette, the French are autarchic in language) conceived by society RB3D already 7 years ago on the impulse of the French Directorate for Armaments.

The device, which entered its first production in 2014, in its advanced version called V3 guarantees greater autonomy and performance. It is one of the exoskeletons already present around and more performing.

With this "thing" on a soldier can march for hours and hours without particular effort, reaching a weight equivalent to that of his entire body.

What's the moral of the story? Simple. What is seen on the national holiday of france is not for those who have a trained eye and follow technological advances, but for everyone else. When you think of the war of the future, do not think of it less cruel than those already seen: it will be war that will involve people who are no longer entirely human.

Happy national holiday to the French, July 14 in France is really a great celebration: with the wish (which I extend to everyone) never to have to test these technologies on a real theater of war.

And anyway I liked to browse in Paris: what do you say? Do I make a version of the near future in French? Futur Simple, Future Proche, Futur Proche.

No, seriously: as the future is said in French, I have to do the near future in French. 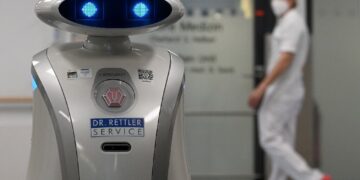 A German hospital complements staff shortages with a robot that not only cleans wards, but ...