HL-2M, the nuclear fusion reactor developed in China, is an artificial sun 10 times warmer than the real one. It will start operating in 2020.

China has developed its own nuclear fusion reactor to generate clean energy equivalent to that of more than 10 suns.

According to the Xinhua News news agency the construction of the Chinese nuclear fusion reactor HL-2M is in fact already completed. The reactor, a real artificial sun, will start operating in 2020.

Its name is HL-2M, and it was built by the China National Nuclear Corporation in collaboration with the Southwestern Institute of Physics. The reactor is located in Leshan, in Sichuan province.

The power of nuclear fusion

Nuclear fusion is the process that forces atoms to merge together, thereby generating enormous heat.

Nuclear power plants already developed on the planet have always used nuclear fission to generate energy (i.e. the heat generated by the division of atoms).

Melting occurs naturally in the sun and that's exactly what will happen with HL-2M.

How the nuclear fusion of HL-2M works

The structure of the reactor is similar to a donut: the central chamber is called "tokamak". H2-LM Uses hydrogen and deuterium gas as fuel to initiate the fusion reaction and recreate what actually happens on the sun, but at much higher temperatures.

HL-2M is part of China's participation in the international experimental thermonuclear reactor (ITER) which will see the light in France in the coming years.

ITER is currently the largest nuclear fusion project in the world, at a cost of 20 billion euros.

Together with China, 34 countries have also participated in it and should end in 2025. 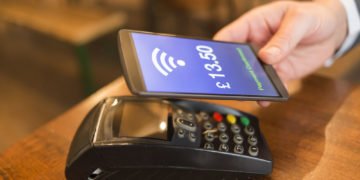 Consumers will also be forced to reconsider every aspect of their purchases: and contactless shopping (online or physical) seems ...

Behind the scenes of the new Amazon electric vehicle