Getting reactions from nuclear fusion that give more energy than you put into the system can be the final answer to the climate crisis.

di Gianluca Riccio
in energia, Technology
Share104Pin24Tweet65SendShare18ShareShare13
⚪ Reads in 3 minutes
A A

The multinational project for the construction of a fusion reactor marks a historic milestone. In 2025 there will be "the first Plasma".

The construction of the experimental thermonucléaire international reactor, also known as the ITER project, was greeted by a sumptuous ceremony in the south of France.

The ITER project is in fact a nuclear fusion reactor. An experiment that aims to achieve the next evolution of nuclear energy: generating electricity without emissions.

The part of the plant already installed (the base cylinder and the cooling base) prepares the way for the Tokamak. The tokamak is the housing designed to contain the very powerful magnetic field that should (and I hope so) contain the reactor core.

The characteristics of the nuclear fusion reactor

“The cryostat of ITER was made in India and is 16.000 cubic meters large, " reads the press release of the inauguration. “Diameter and height are 30 meters, and it weighs 3850 tons. Given the dimensions, it was made in four main parts: the base, the bottom cylinder, the top cylinder and the lid. "

The project is 65% complete

The first commercial-scale fusion ITER reactor project is slated for launch in late 2025 after some postponement in the past years. The spokeswoman said so Sabina Griffith. Feeding it properly and bringing it to full capacity will take up to a further 10 years.

"We will push the button for the first Plasma in December 2025. Within another 10 years we will get the full results of the operations with deuterium and tritium."

Obtaining controlled reactions from nuclear fusion that provide more energy than is needed to keep the system running can be the ultimate response to climate change.

Fusion energy would eliminate the need for fossil fuels and offer more stability than renewable energy. The nuclear fusion process does not produce any radiation, no danger related to current nuclear technologies based on fission.

The ITER reactor is the most complex machine ever built. It will contain the world's largest superconducting magnets, capable of imprisoning a plasma core with a temperature of 150 million degrees. A temperature 10 times higher than that found in the center of the Sun. It is the foundation stone for future nuclear power.

Other records await ITER as the Tokamak completes construction. The first coil for magnetic containment will arrive from China (with European money). Other items will come from Korea and Japan. Maybe other plants will arrive. Follow everything on iter.org and understand that something is really moving in the field of nuclear fusion reactors.

In the spring of 2020 the beginning of the assembly that will in fact gradually lead to the first ignition of a Sun on Earth. 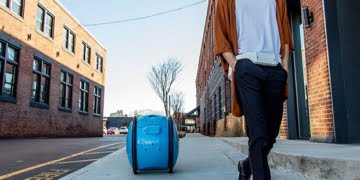 Humans spend a lot of time carrying things - we don't like it. Piaggio presents the Gita, luggage robots capable of ...