Numerous surveillance videos show a fireball falling from the skies of northeastern China. The meteor is still under study. 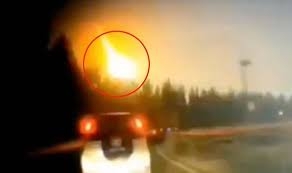 What looks like a dazzling meteor lit up the sky over northeastern China on Friday evening: from the surveillance videos recorded it looks like a real sphere of fire.

The meteor passed over China shortly after midnight (Beijing time) transforming for a few seconds night into day, according to CCTV state television.

Numerous videos of the fireball were also captured by automobile and surveillance cameras in Songyuan City in Jilin Province, and by hundreds of residents throughout the affected area.

Here is a small excerpt of the meteor videos released and broadcast on Chinese TV and web:

There are still no reports of any meteorites or ground impact craters, reports CCTV.

A team of scientists atChinese National Astronomical Observatory, which is part of the Chinese Academy of Sciences, is reviewing hundreds of videos to study the behavior and nature of this object.

The multiplication of surveillance systems (especially in China, with new sensational technologies) will make these "sightings" more and more frequent.

We now have eyes (I don't speak of almond ones) practically everywhere on the mainland.

This is why our species will live with greater anxiety and (fortunately) with greater awareness the relationship with the bodies that come into contact with the Earth periodically. 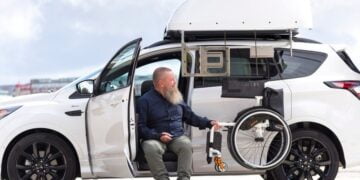 After adapting all the taxis in New York, BraunAbility realizes Chair Topper, a solution that allows you to position ...