Cubic Motion opens up to a world in which the image will all be digitized and will occupy virtual environments with an unprecedented level of detail. 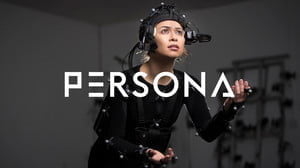 Not long ago, Andy Wood, CEO of an English company called Cubic Motion, was meeting in Los Angeles to showcase his technologies to some software houses.

To show Cubic Motion's capabilities, the team had presented a video starring a character created by the graphic team, a sort of human-animal hybrid.

The scene was very popular, and when it was time to drop the ace the magic happened: the character suddenly turned to the camera and began to speak live to those present.

It wasn't a fully recorded scene. After a pre-established preamble, the character was “guided” in real time by a performer who was on the other side of the world, in Manchester.

The effect was incredible. A video game character as realistic as a person and guided in real time through the network. Such a thing would have taken weeks, and to make a few minutes recorded, other than real time, until recently.

“I've never seen such a reaction,” Wood said, recalling the episode. “There was awe everywhere in the room. Someone was holding my arm trying to express surprise and disbelief at what he was seeing ”.

To understand the importance of this, you need to step back and understand how motion capture currently works. The actors who "guide" the characters are registered much earlier: their suits are covered by dozens of small LEDs that allow you to capture the movements. They are called markers. Once all sorts of motion have been recorded, the animators literally "connect" the dots, until they have created something that resembles a realistic motion.

Cubic Motion's approach is radically different. The company has developed a technology that completely dispenses with markers and instantly translates movements into renderings at 60 frames per second. All this is possible thanks to complex algorithms of machine learning. For example, a face is broken down into several parts, and the system converts only the parts that actually move in real time, without recalculating everything. This process also guarantees unprecedented detail.

"There is no one in the world who can get the images of a face with the method and detail of Cubic Motion," he proudly states Wood.

For those unfamiliar with the character (and I wonder who), Gollum in Peter Jackson's award-winning "The Lord of the Rings" film trilogy was the first CGI product to offer a tangible and emotional presence on par with that of a real-life actor.

At Cubic Motion they never made a secret of having Gollum as the touchstone of their work, but they ended up outclassing him.

When Andy Serkis played Gollum he had to wear a suit with lots of markers on his face. It was a huge job, but with limitations. You can't put markers on your eyes, for example. You can't trace the language, and more. With a wide range of expressions it took the enormous work of technicians and animators to fill in the gaps.

None of this happens with Cubic Motion.

Cubic Motion is at the top of a very respectable production “team”. It includes leading computer and video game companies such as Epic Games, Tencent, 3Lateral and Vicon, which have provided everything from high definition scanners to graphics engines.

But the contribution of Cubic Motion is fundamental. His contribution brought together previously separate technologies.

"If you can capture the essence of a person and transfer it to a digital character, you have produced a real double". The quality of detail and the ability to grasp any expressive nuance will definitely change the rules of the game.

How will it be used?

It is not just a question of cost and time: Cubic Motion opens up to a world in which the image all of us will be digitized and occupy virtual environments with an unprecedented level of detail. The perception of our figure will be omnipresent and will break down the boundaries of time and space.

Virtual appointments with a doctor for consultations and requests? Whatever the distance, they will be possible. Interacting in the same workplace by occupying a virtual office together while you are each in your city, in your country? Idem. Doing gymnastics in a virtual gym, having for personal trainers the already weightless version of ourselves that encourages us to become like her. Much more than a promise. The very image of the future that shows us how to achieve it.

And do we want to talk about virtual assistants? A VR version of Alexa or Google Home with the appearance of a dear friend who helps us with daily chores. The applications are endless.

Cubic Motion technology is far, far away from everyday consumption: the company's machines and software cost hundreds of thousands of dollars. Cubic Motion, however, has provided a class of products that are more accessible for mass use. For example, he recently launched Persona, his face capture helmet, which can also be used under license by other companies.

As writer William Gibson said: the future is already here, only that it has not yet been distributed evenly.

The advent of cheaper components will spread this technology on a massive scale, and it will happen much faster than we expect. 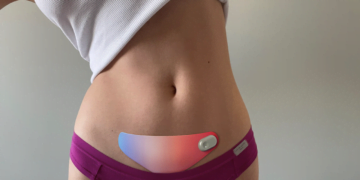 Two designers develop a special heating pad, which discreetly could be extremely handy at certain times of the month