StoreDots are thinner than normal lithium-ion batteries, contain less lithium, more Germanic and some preserving agents that counteract their decay: the results are amazing. 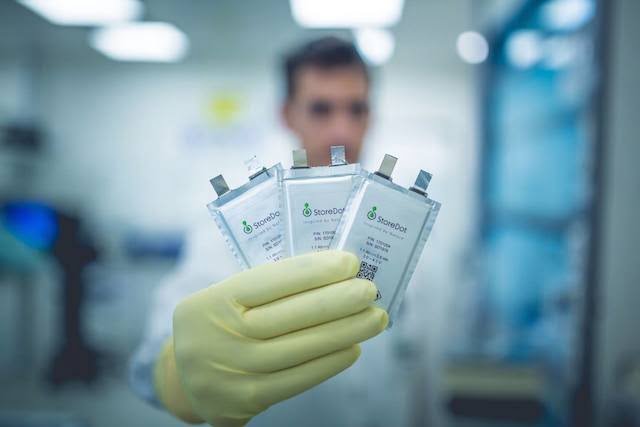 In recent years the prices of electric scooters have skyrocketed: cities as big as Rome or Paris already see 10.000 to 20.000 vehicles running around everywhere, and they all run out too early.

Range and battery charging times are the two biggest current problems for electric vehicles: StoreDot is ready to solve one of the two.

The company unveiled its fast charging technology, capable of taking an electric scooter from 0 to 100% in just 5 minutes.

"This is the demonstration that we can tear down this wall: what was once considered impossible is now possible," announces enthusiastically Doron Myersdorf, CEO of StoreDot.

It will take a year and a half for mass production. The new batteries will be on sale no earlier than 2021: in the meantime StoreDot is concentrating its efforts to equip different devices with its technologies, from mobile phones “ready in 5 minutes” to complete electric cars.

The next target is already planned: in the autumn the company will provide 480km of range to an electric Mercedes in 5 minutes.

StoreDots are thinner than ordinary lithium-ion batteries, contain less lithium, more Germanic and some preservative agents that counteract their decay.

On the cost it is really difficult to pronounce: try to put a price on something that did not exist before, and that has a huge impact in terms of value for both users and the planet. It will certainly not be cheap, and given the fact that on Amazon it is already possible to find some electric scooters under € 800, we may find ourselves in front of vehicles that incorporate this technology and that cost between twice and four times as much (and I dare not imagine those for cars).

Obviously the prices will go hand in hand with the diffusion, and it won't be long before these batteries are the norm everywhere: because a scooter with 240km of autonomy that recharges in 5 minutes can go really anywhere.

And we will go! 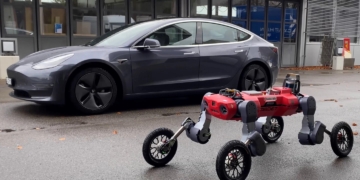 ANYmal, the quadrupedal robot from ETH Zurich, now has wheels and stands up. You may find it at home ...