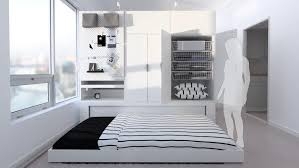 The most important Swedish house in the world is launching a new automatic furniture system called Rognan, developed in collaboration with the American startup Ori Living.

It is a single “aggregate” piece of furniture that moves on a track controlled by a touchpad to divide a single room into two spaces: it contains a bed, a wardrobe, a desk and a bed that appear and disappear as needed. A typical ikea environment, but with a Japanese flavor.

It is designed for small houses, and aims to optimize spaces in the most overcrowded urban contexts: it is no coincidence that the first countries to keep the new IKEA environments in the catalog will be Hong Kong and Japan.

Rognan is built on the principles of Ori's automatic platform combined with an almost ad hoc IKEA series, the Platsa. The environments literally change in a way that seems to be that of a dystopian future made of nuclear-powered mini-settlements that are transformed by changing the internal configuration as needed. A scenario of typical Japanese decor, Miyazaki, so to speak.

Imagine a future of IKEA furnishings even more moved to Japanese style and philosophy. IKEA Tatami, Japanese futon ikea and whoever has more, more.

The presence of Rognan, according to an IKEA press release, can save at least 8 square meters: in houses that have even 18 of them it can make a difference.

Here is a video that better clarifies the concept of Japanese-style furniture by IKEA:

Japanese friends (and friends of Japanese furniture, too): with these furniture you will have a lot of fun. How did Master Miyagi say? Remove the tatami, put the tatami ... or was it "put on the futon, remove the futon"? Memory lacks me. 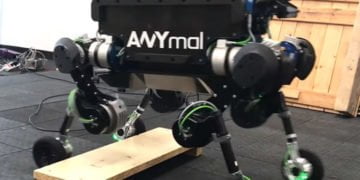 ANYmal is absolutely unique of its kind, because it has 4 legs with as many motorized wheels at the ends. A versatility ...