An incredible system based on artificial intelligence describes (already quite well) the physical aspect of a person based solely on his voice.

Those who said that a sufficiently advanced technology cannot be distinguished from magic were not wrong at all, and between MIT researchers and Hogwarts subscribers the gap is narrowing, thanks to AI developments.

The results are already surprisingly accurate and show a terrifying example of what a more sophisticated artificial intelligence will bring out of data analysis.

In a study published on arXiv this week, the team from the institute in Massachusetts described the training of a computational network in the analysis of small voice clips and in the comparison with different biometric characteristics of the authors of the clips. At the first attempt he has already "guessed" the owners of the items at a higher rate than chance, and he becomes more and more skilled.

The research brings with it a wide load of debate on positive (security and espionage, ability to identify subjects also from voice maps) and negative (mainly related to ethics and privacy, and they are not trivial aspects) of this research.

"Although it is a simple academic research, I think it was important to offer a series of ethical considerations related to the potential of this algorithm in the margins of this study," they explain themselves.

The wonder remains despite the worries, and with it the certainty that this tool will also become part of a military and / or civilian "kit" in the near future.

Here is the study 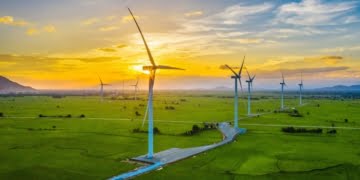 GE's vision can be functional to one of the two cornerstones of a post-capitalist era: clean and cost-effective energy ...

A smart pillow tracks sleep and is powered… from your head