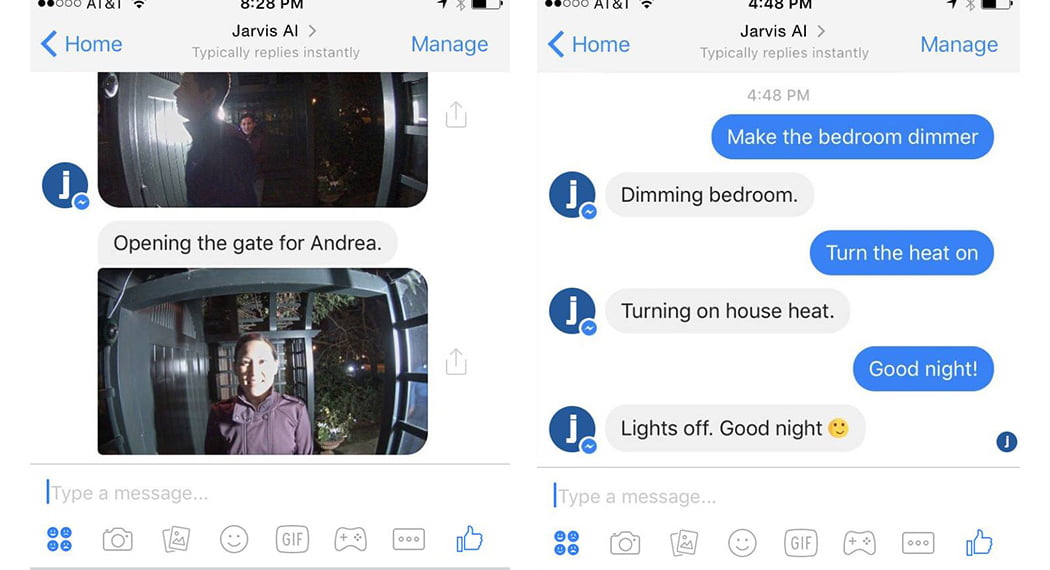 After a year of hard work, Mark Zuckerberg revealed to the world some details of#artificial intelligence #Jarvis, a personal home assistant that the founder of # Facebook he had wanted to develop as a "personal challenge".

Mark sympathetically gave the AI ​​the name of the butler of Iron Man, and integrated it into the home automation system of his home. Jarvis does everything, or almost everything: autonomously manages lights, temperature, appliances, music from both PC and mobile devices and much more.

Jarvis can be controlled with Messenger as well as with voice commands. Unlike other intelligent systems, Jarvis manages to interact with the user using natural language, and over time he learns from his habits.

Zuckerberg defines Jarvis as "an artificial intelligence system, which learns my tastes and habits, which can learn new words and new concepts, and which can also entertain Max“, Or his daughter.

Before building an artificial intelligence, Mark explains, he had to write code to connect all the computer systems in his home, which obviously use different languages: "Creston for lights, thermostat and doors, Sonos for Spotify music, Samsung TV, Nest babymonitor for Max and then Facebook systems to work ".

For now, the system is used only by the creator of Facebook, but it is not excluded that in the future Jarvis will arrive in all our homes.

Sanremo 2020: the furious quarrel between Morgan and Bugo had a disastrous ending on the Ariston stage. The robot director ...