Apparently, black holes are not bottomless pits: something always escapes. The theory of astrophysicist Stephen Hawking is confirmed.

Apparently, black holes are not bottomless pits: something always escapes. The theory of the astrophysicist is confirmed Stephen Hawking.

In 1974, the astrophysicist made a radical prediction: something always escapes from a black hole. Not even light can resist the gravitational pull of these monstrous objects, which trap everything that enters them. All that remains is a shadow of what once was.

For years, scientists have been trying to find evidence for Hawking's theory. And now they seem to have found it.

A team of astronomers observed a black hole devouring a star and, for the first time, they saw the "shadow" it creates. The results of their study are published in the journal Nature.

How did the researchers confirm Hawking's thesis?

The researchers used the Event Horizon Telescope (EHT), a network of eight radio telescopes around the world

In fact, black holes, artificially recreated in the laboratory, emit a form of I radiation predicted 40 years ago by the theorist Stephen Hawking. This was demonstrated by the experiment by Jeff Steinhauer, of the Haifa Institute of Technology in Israel, published in Nature physics.

Steinhauer built a Bose-Einstein condensate, a sort of artificial black hole, in which he could observe the emission of Hawking radiation.

The experiment opens up interesting perspectives for studying quantum phenomena near the event horizon of a black hole.

Because Hawking is right

In general relativity, the event horizon is an imaginary surface surrounding a black hole beyond which events cannot affect an outside observer. In other words, it is defined as the border of the region from which it is not possible to escape.

Black holes are objects with such a great force of gravity that nothing can escape; according to Hawking, however, over time they would lose small amounts of energy in the form of radiation, so much so as to 'evaporate' in billions of years.

In short, black holes would emit one small amount of energy. Radiation of this type has never been seen so far, but Steinhauer's experiment may have proved its existence.

More studies and experiments will be needed, but apparently Hawking was right, already 40 years ago. 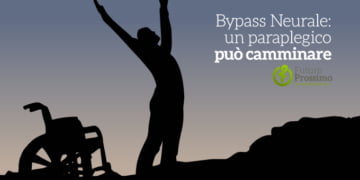 A paraplegic patient was able to walk using only his brain thanks to a "Neural Bypass" procedure: the man, who remained ...