This in novels. In reality, however, it seems that it was created in California the first robot that can "consciously decide" to harm the man who created it.

The robot in question was created by robotics expert and artist Alexander Reben of Berkeley's Stochastic Labs, after noticing that many people around the world are afraid robots and artificial intelligence. According to the inventor, this happens because machines can harm us, or even steal our jobs.

A robot that can hurt

“No one has ever built a robot intentionally made to harm someone“Explains Reben. “I wanted to make a robot capable of doing this really exist. This is important: bring it from the realm of imagined experiments to reality, because once something exists you owe it to yourself compare. It becomes urgent, you cannot simply pontificate about it ”.

There are certainly some scary robots out there, like the Boston Dynamics Spot, which has proven to be able to open doors and escape from its creators. Most robots that could potentially hurt today don't look that threatening. Many of them are entering our homes as assistants and helpers. So what should we do about the possibility that these "harmless" robots will one day turn on us? Apparently, scientists have asked themselves the same question and found some possible solutions. For now, however, it looks like us

The robot created is ironically called "First Law"(" First Law "), with a reference to the aforementioned laws of Asimov's robotics. The robot can “decide” whether or not to cause a small cut to the person approaching it. In reality, the choice is absolutely random. Provocation, art, useless act? To you the choice. 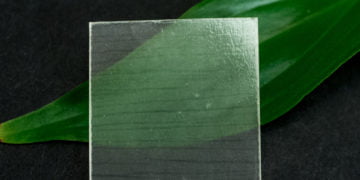 New construction methods, luminous ceilings, futuristic car interiors, even batteries: transparent and augmented wood is the material of the ...