The first solar-powered plane made its maiden flight and landed without any problem. At 8:45 am yesterday 25 April, Italian time, the San Francisco airport welcomed the solar pioneer Bertrand Piccard, which flew aboard Solar Impulse, the first solar-powered aircraft, making the crossing of the Pacific Ocean in three days.

With the first solar voyage, we want to boost the global community to accelerate the transition to solar energy. Solar Impulse had started from Abu Dhabi on March 9, 2015, and over time it covered 8 km in 20.000 flight hours in 250 stages, at an average speed of 90 km / h and using 5600 KWh of solar electricity. During the day, the sun's energy powers the aircraft's engines and recharges the batteries.

At night the plane glides to lower altitudes and uses the stored energy of the batteries. After California, the plane will arrive in New York, Europe and finally the place it departed from, Abu Dhabi. Bertrand Piccard and André Borschberg will alternate at the controls of Solar Impulse. "I feel so privileged attempting this feat around the world - said the Piccard driver - is like being in another world ”. 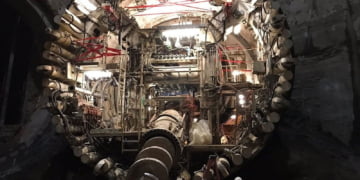 Is anyone able to remember the exploits in which Elon Musk had a hand? That's a huge amount ...