An MIT airgel technology uses three types of cooling to lower the temperature of foods and objects without electricity. 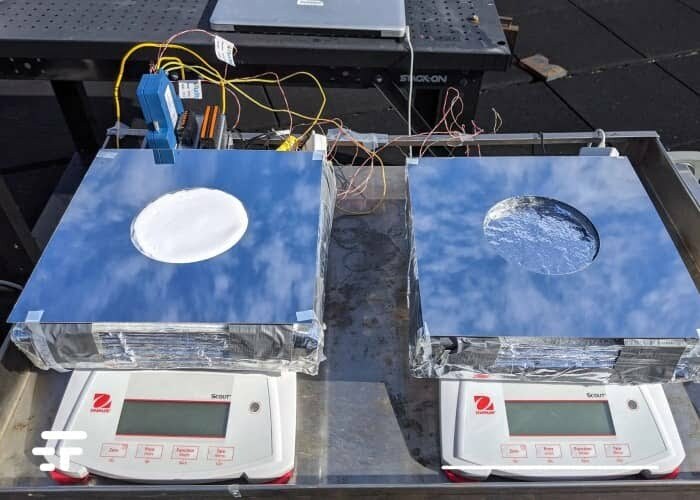 In countries where cooling systems are most needed, there is often a lack of infrastructure to power such configurations. A new system could help in this regard, keeping items and food fresh with multiple cooling effects without using electricity. Massachusetts Institute of Technology (MIT) research is led by Zhengmao Lu, Arny Leroy, Jeffrey Grossman, Evelyn Wang, Lenan Zhang and Jatin Patil. It is described in an article published in the journal Cell Reports Physical Science (I link it here).

The system, designed by MIT on the basis of previous research, combines evaporative cooling, radiative cooling and thermal insulation together. It can create up to 10,5 ° C cooling compared to ambient temperature, and is presented in the form of a panel composed of three layers of different materials.

The panel can be placed on / around something that needs to stay cool, such as a box of perishable items (food or medicine). According to MIT, the technology could "enable about 40 percent more safe storage of food in high humidity conditions" or "triple the safe storage time in drought conditions." It could also be used to cool the water used by air conditioners, allowing the device to consume less energy but remain equally effective.

MIT's 'Magic Suitcase' can desalinate seawater with just one click

How MIT's cooling system that doesn't use electricity is made

The bottom layer of the system is made of a mirror-like material that reflects incoming sunlight. This prevents infrared radiation from the sun's rays from heating up the covered object. In the center is a porous hydrogel, composed mainly of water. When liquid water is heated, it evaporates into steam which rises until it meets and passes through the top layer, where it exits through the pores of this final barrier.

The top layer consists of airgel, which contains a high concentration of air pockets within its polyethylene cavities. By allowing the passage of water vapor and reflected infrared rays, it provides both evaporative and radiative cooling.

The crux of the whole system seems to be the airgel. Not only does it provide cooling, it also acts as an insulating layer preventing ambient heat from reaching the underlying object. And it's reflective, too: almost like the mirror bottom layer.

Only one problem? It is quite expensive to produce with current methods: a cheaper production chain needs to be developed, and MIT engineers are already studying how to do this. Moreover, it would be the only hitch in the whole system, because the other materials that make it up are all available and cheap.

General maintenance of this off-grid "fridge" would consist solely of adding more water to the hydrogel. An operation to be performed once every 4 days in very dry and hot environments, and just once a month in the most humid regions.

In summary: This new cooling system from MIT is very promising. While it is being optimized, however, we will have to keep the food cold the old fashioned way: by placing it in the refrigerator. Blessed bills.