A biomimetic technology is able to automatically vary its temperature without the need for power. 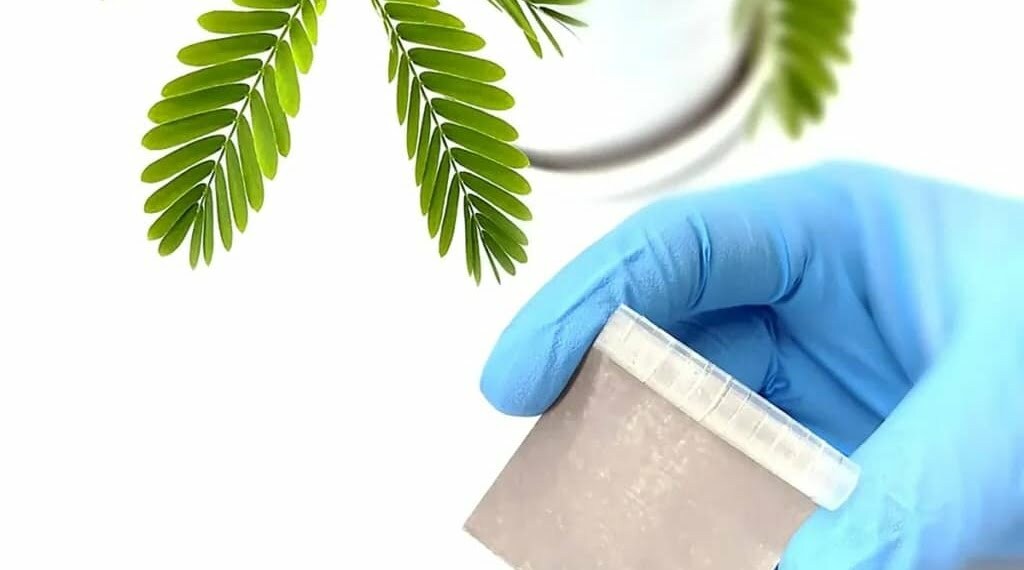 Inspired by the leaves of the Mimosa pudica plant, this device establishes an appropriate thermal management mode depending on the ambient temperature.

in Energy, Technology
⚪ Reads in 4 minutes

A new thermal heat management device adjusts its shape to raise or lower the temperature, without using any external energy. According to its developers, this technology could work in conjunction with traditional heating and cooling to reduce building temperature spikes (and expenses).

The two most common methods of thermal control (heating and cooling) are responsible more than half of the world's energy consumption. The two ongoing crises (climate e geopolitics) are forcing researchers at a frenzied pace to identify high-performance technologies that can regulate temperatures without consuming much, if any, electricity.

The workshops focus on the sun and outdoor spaces: among the most promising solutions, smart windows that absorb or reflect the infrared heat of the sun depending on whether it is a summer or winter day. Passive radiative cooling systems are also an interesting option, which avoids using energy by transmitting heat directly to outer space at wavelengths that pass through the Earth's atmosphere.

Zero energy for heating and cooling

Rujun Ma and colleagues of the Nankai University in Tianjin, China, aimed to develop a thermal device capable of switching between heating and cooling modes automatically, based on the change in temperature. It makes sense: If the goal of thermal management is temperature control, creating a temperature-sensitive system is optimum. Also because in the past windows that change color or infrared modulators that respond to changes in temperature have been developed: they either heat or cool. Never both.

The distinguishing feature of Ma's device is the use of a wide range of wavelengths, from the visible band to the infrared. This allows to cover the whole range of thermal management: both solar heating and radiative cooling.

I will never tire of saying it: the best scientific solutions are all born from the observation of nature, and this thermal device is no exception. In this case, the research team made a combo: they observed both the fur of the Himalayan rabbit (white in hot weather, dark in cold weather) and the opening and folding of the leaves of a plant, the Mimosa pudica.

The thermal device consists of two primary layers. The upper one consists of a temperature-sensitive actuator sheet that expels infrared radiation. The sheet is made with polymers designed to respond unevenly to changes in temperature, so it rolls up when cold and expands when hot. The lower part, on the other hand, is made up of a thermochromic substrate that changes color according to the temperature and also absorbs visible light.

When the ambient temperature is low, in heating mode, the actuator sheet curls and the thermochromic substrate turns gray, absorbing light and heating. Conversely, in the cooling mode the activator extends to cover the substrate and reflect sunlight while emitting infrared radiation to cool itself. The activation temperature for switching between modes can be changed by changing the polymers in the actuators and the thermochromic powders used in the substrate.

The thermal device, which measures 4 x 4 centimeters, was able to function for 500 cycles of opening and rotation in the laboratory. Ma and his colleagues tested it both indoors and outdoors, as evidenced in the paper published in Proceedings of the National Academy of Sciences (that I link to you here).

They estimated, based on field experiments, that solar heating power was 252,2 watts per square meter, while cooling power reached 59,7 W / m 2.

Translated: This device saves energy compared to all other temperature sensitive thermal management devices developed so far. "It will significantly improve thermal energy efficiency," says Ma, "and still has a lot of room for improvement."