CAR-T is a highly personalized and very expensive therapy, but it is proving incredible. The latest 'victim' in chronological order is lupus. 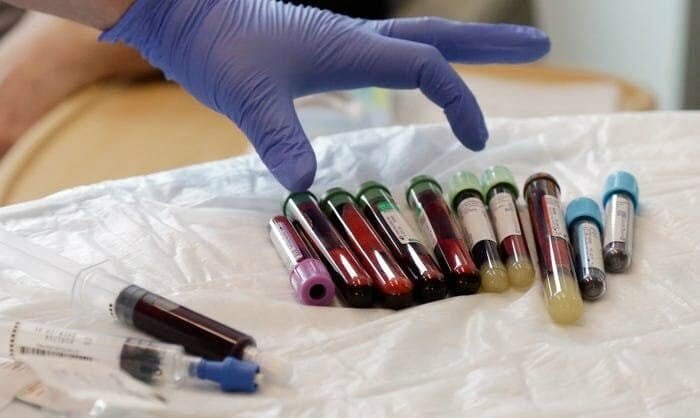 A group of immunologists based in Erlangen, Germany announced that they have found a way to effectively treat the most common form of lupus using a new and expensive blood infusion technique typically reserved for cancer treatment.

The results, published in the journal Nature Medicine (I link them to you here) show that all systemic lupus erythematosus (SLE) patients treated with CAR-T cells were in remission within three months after their treatment and remained in remission for at least eight months longer.

Georg Schett, lead researcher of the study, calls the results "miraculous". "We were really surprised at how effective it was," he said in an interview released Thursday.

This research, although still in its infancy, indicates that the CAR-T technique could one day have a major impact on inflammatory and autoimmune diseases.

For now, the research team is waiting to determine if the six individuals remain essentially healthy without further treatment, and if there will be no relapses. This latest work on 6 patients is based on an initial research letter that Schett and colleagues published last year in the New England Journal of Medicine (here it is). There, another application of CAR-T was described in detail to a 20-year-old girl who had been treated for lupus and was still healthy for over 18 months.

Of course, it is not an easy road. CAR-T is a complex therapy to produce (because it is highly personalized) and is currently very expensive: it can cost up to € 450.000. Bad to say, but I doubt that all 5 million lupus sufferers in the world will have access to this cure.

However, CAR-T can be a great option when conventional drugs fail, and it will also be useful for treating other serious autoimmune diseases, including multiple sclerosis.

How does CAR-T work? It is one of the modern medical treatments that they seem straight out of science fiction. First, the blood is extracted from the patient, then it is taken to a laboratory for reengineering the T cells that boost the immune system with special proteins called chimeric antigen receptors (CARs). Finally, those protein-infused T cells are reinjected into the patient, where they work to kill a target disease (for lupus, the T cells were designed to fight CD19).

Surprisingly, the immune systems of these German lupus patients remained healthy throughout the duration of CAR-T treatment, reporting no significant infections or harmful side effects. Unlike what happens in people treated with CAR-T for cancer, they can develop neurological difficulties or deadly cytokine storms.

"It seems like the Holy Grail of treatments," says the doctor, not without emphasis Mark Leick, who works on CAR-T therapies at Massachusetts General Hospital.

The patients went back to riding, dancing and studying

Amidst the good stories of CAR-T, Schett relates that one of his young patients, who used to ride horses before lupus, is now doing it again. Another disco DJ patient picked up where he left off, and a student with lupus returned to school, which would have been impossible for him before due to chronic fatigue from the disease.

For now, as mentioned, CAR-T is an experimental and expensive therapy, available only for a few selected patients with lupus. The standard options are still steroids and anti-inflammatory drugs like ibuprofen.

But if you can really wipe out the disease with just one CAR-T cell infusion and have long remission, I think it's not that expensive. The costs of a disease such as lupus over the years could in any case reach tens or hundreds of thousands of euros. And by producing CAR-T cells in-house, institutes could cut costs.

Often they are young patients, who have their whole life ahead of them. Erasing a disease at 20, and allowing a person to live for several decades in health is not a cost, but a gain. The world's health systems must absolutely take this into account.