Kronos, incredible armored submarine that looks like a manta ray

A startup born in Ukraine and now located between the United Arab Emirates and the UK, Highland Systems, presented a fearsome and spectacular submarine. 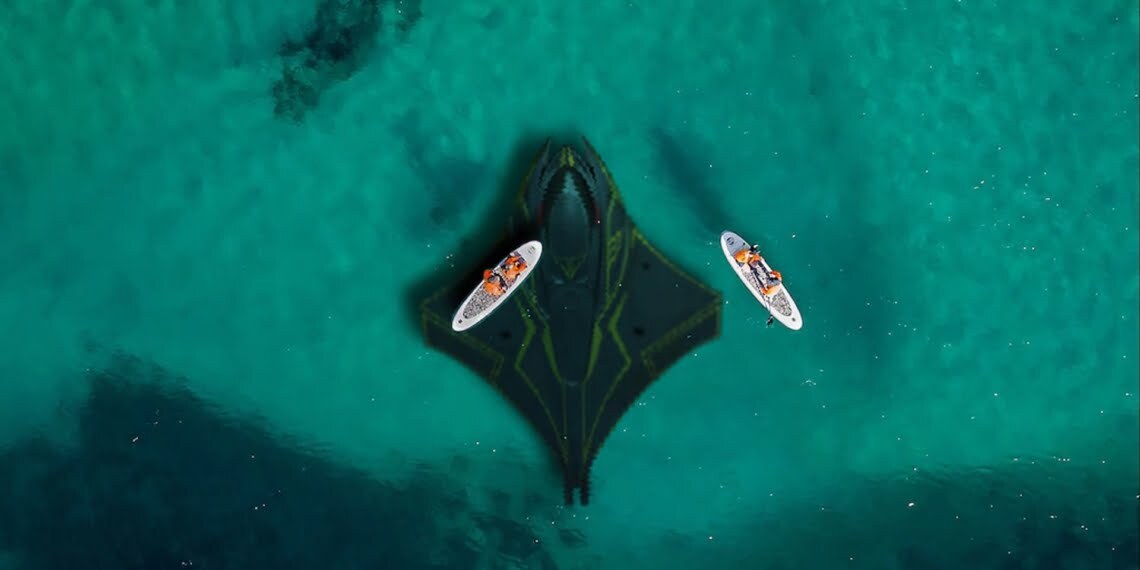 in concepts, Military
⚪ Reads in 3 minutes

Imagine an F-117 Stealth, but underwater: a sort of armored and hyper-fast, 11-seater 'manta ray' that scurries beneath the surface of the water. Ladies and gentlemen, here's Kronos. A beast that flies underwater with her 1200 horses.

How do you say? Have you seen the photo and does it look like a render, or a fictional object? The team of Highland Systems he had already given this feeling with his Storm amphibious vehicle. A lot of skepticism, even some teasing, but then the company brought a prototype of this little monster to the HIREX fair in Abu Dhabi and everyone was staring: seeing is believing.

A manta ray that flies to the bottom

It is evident that Kronos was not designed for tourism or luxury purposes, given the lack of interiors and windows. I am sure it will be employed in a mix of commercial, military and presumably rescue operations.

Just over 9 meters (29,6 feet) long, this armored 'manta ray' will weigh around 10.000 kg (22.000 lbs). Its large wings will fold upwards, allowing it to be towed on a trailer causing accidents as it passes, due to too much curiosity.

Once in the water, it can accommodate 10 passengers plus a pilot.

The hybrid powertrain consists of a diesel generator with a 1.200 horsepower, 2.400 Nm electric motor that drives a hydrojet propulsion system. It can dive to a working depth of 100m (328ft) or a maximum critical depth of 250m (820ft), which is reasonable in the context of things. For about 36 hours of "flight", the supply of batteries (and oxygen) of this 'manta' is not bad at all. By turning on the diesel generator, the total autonomy can reach up to 54 hours. Impressive.

Side Notes: adaptive lighting, automated life support system and air conditioning, and (so I think I can see from the boat's diagrams) a robust predisposition for torpedoes.

The appearance of weapons under construction looks more and more like what we saw around in science fiction movies, and this is not exactly good news.

I just hope that in the end the major applications are for non-military purposes: maybe "schools" of these contraptions could beat the craters of underwater volcanoes to study them as possible energy sources, or who knows what else.