From the adrenaline-pumping mind of a French inventor, a personal drone that seems to have been made on purpose to break your neck. Enjoy! 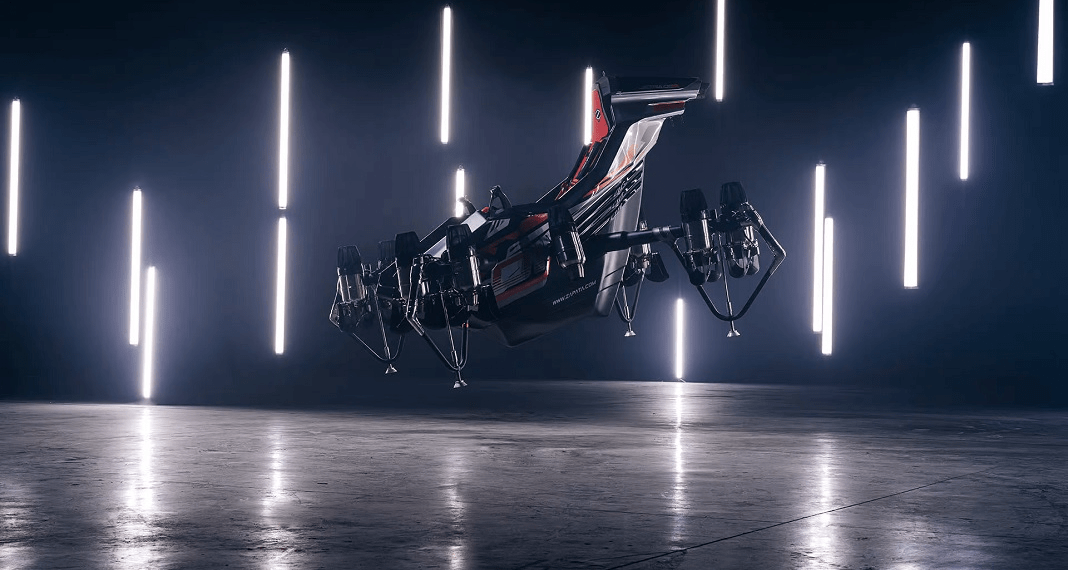 Flying cars, cross and delight of the future: always announced and never taken off. At least up to the present day, which have reopened the focus on all kinds of air taxis, personal drones or eVTOLs. Today there is the feeling that the goal is near, and the "sentiment" is evidently shared by several companies, which have already presented both prototypes and series models.

Well, because another player has just arrived: one who still seems far from production, but has a certain charm and certainly an aspect that definitely refers to the future. It's called Zapata JetRacer, and it's all a program.

JetRacer: how should we define it?

JetRacer flies, and so far it doesn't rain. I certainly wouldn't call it a car, though: this personal aircraft lacks wheels and an "outer shell". Of the eVTOL it has vertical takeoff and landing, but it is not electric.

The literal definition? It would be a personal drone with a jet engine and a seat attached to the top. Okay, that said it sounds weirder than good. Yet even its creator, the adrenaline-fueled French inventor Franky Zapata would define it that way.

This guy is no stranger to wild inventions: the best known is the Flyboard, a kind of mix between a jetpack and a hoverboard with which Zapata himself has crossed the Channel in about 22 minutes.

A personal drone for crazy evolutions

The JetRacer is equipped with the same "micro-turbo-jet engines" as the Flyboard: there are 10 of them. They take the personal drone to an insane speed of 250 kilometers per hour (about 155 miles per hour) at an altitude of 3.000 meters / 9.800 feet. .

The JetRacer can withstand 200 kilograms / 440 lbs of weight: people or cargo (in that case it flies remotely controlled). Once again, as in these cases, the camps are reconnaissance, surveillance, military areas.

Last but not least, could the jets tightrope walker ever give up a final twist? The JetRacer can make 360 ​​degree convolutions with the push of a button.

And now, my concerns

Among the questionable design choices of this personal drone (there is a bit of "wow" and a bit of "bah" throughout the project) is the lack of a protective structure on the passenger's head and body. It was to be expected from a nice "daredevil" like Zapata.

Above all, however, the fact that there is no mention anywhere of a production program or a final price stands out. This does not prevent daredevil volunteers from signing up for a sort of lottery that will draw 25 "lucky ones" for test flights of the prototype.

I guess there are several documents to sign to download Zapata of any responsibility: for a bomb, this personal drone is a bomb. Bombs, however, often explode.