A new frontier for construction, which seems to come directly from the stories of archaeo science fiction: levitation 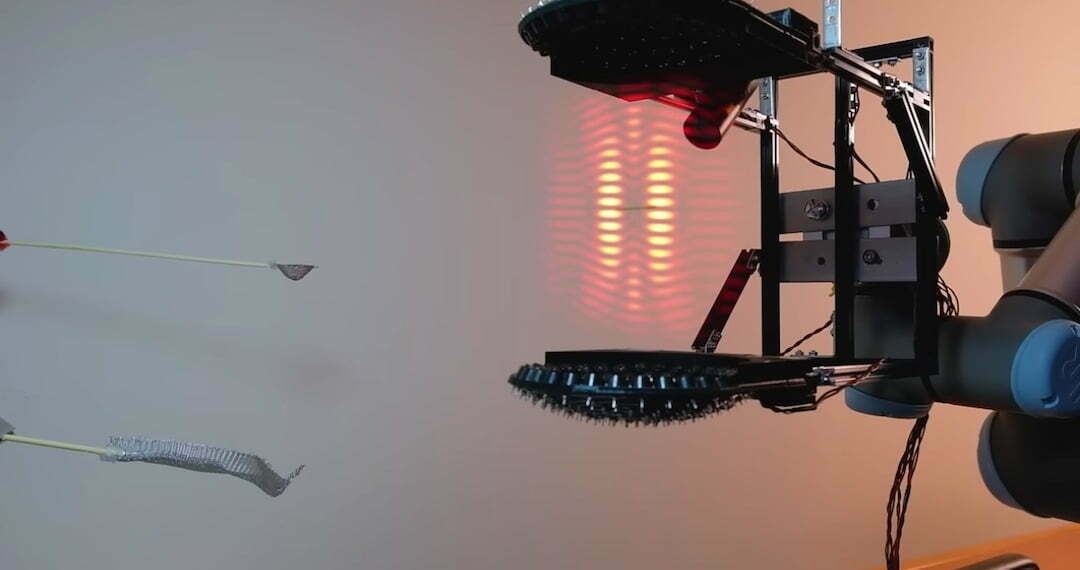 The Public University of Navarra, Spain announced with a press release the development of a sonic levitation device called LeviPrint. What does this machine do? Create specific sound waves to lift building material without having to touch it. This is not magnetic levitation, you will have understood.

The basic experiment was conducted on a much smaller scale than a life-sized building, on a "bridge" made of wood and resin.

The machine uses its own robotic arm to form, direct and direct the sound waves capable of collecting materials. In scale tests she was perfectly able to rotate, flip and manipulate the glue and resin to add them to the structure and keep it intact.

LeviPrint operates at 40 kilohertz, a frequency nearly double that perceived by humans. When the sound waves are formed, literally trap objects inside them and allow them to be transported without contact. Pure levitation, no more, no less.

Hold back, before imagining ancient technologies that allow the Egyptians to raise the pyramids (mysteries apparently without explanation). The largest of the transportable objects at the moment is just 6 centimeters long, soon for use in a human activity, but the acoustic levitation works perfectly.

Will it be possible to climb?

The creators of the technology are overwhelmed by this, and are already intent on listing its future benefits. Among the main ones, the reduction of cross-contamination between machines and the need to change tools to handle specific objects.

The team intends to continue to enhance LeviPrints' capabilities and usher in the era of contactless construction. But the project does not end there: LeviPrint is also being developed to introduce acoustic levitation in the medical field.

To be precise, the researchers are looking for a way to use LeviPrint's ability to non-contact manipulation of internal fluids as well, for example to move miniature cameras and drugs within the body. All without any magnetic or electromagnetic activity, of course.

It would be useful in any Italian or foreign medical center: and if the technology improves, rest assured that the word "levitation" will never again be associated with magic, but with practice. Whether you say "sonic levitation" or "acoustic levitation", then, it doesn't matter. On this I leave my nice suspension points. What matters is going to the top, right?