A 3-centimeter "coin" that produces a stronger magnetic field than that of the Earth's core. Energy of fusion, we'll hold you! 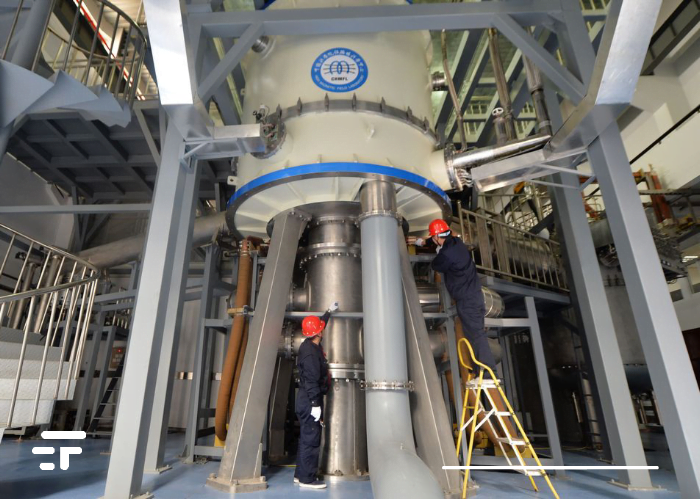 A report of the High Magnetic Field Laboratory of the Chinese Academy of Sciences announces the development of the most powerful magnet in the world. The scientists involved speak of "great technological progress": the magnetic object, created for research purposes in the laboratory of the city of Hefei, has incredible characteristics.

It is the size of a coin, with a diameter of just 33 mm. Despite its appearance, it creates a stable magnetic field of 45,22 tesla - over a million times stronger than the Earth's magnetic field.

Homologous scientists at the National High Magnetic Field Laboratory in the US produced a magnetic field of 45,5 tesla in 2019, but never used the magnet for scientific experiments. The real previous world record, however, always belongs to the USA with the 45 tesla obtained in 1999.

Record magnets and where to find them

The Hefei facility has become the tallest stationary magnetic field capable of supporting scientific research in the world. And it is by no means unrealistic research: to understand how to contain the energy of nuclear fusion, laboratories all over the world are generating (with great expenditure of energy) increasingly powerful magnetic fields.

How powerful? To give you an idea, what ITER should use, the nuclear fusion reactor under construction in France, would be able to lift an aircraft carrier.

And that's not all: in Heifei, a team of physicists in 2016 exploited a very powerful magnetic field to observe a new physical phenomenon in carbon nanotubes. An experiment that could lead to enormous applications in the semiconductor industry, replacing silicon with carbon in chips: super-fast low-power computers.

From 0 to leader in the magnetic sector in 10 years

A breakthrough in the energy sector that can make the world independent of fossil fuels, a more urgent need than ever.