In the world, attempts are multiplying to approach systems based on free public transport: for equity, ecology, economy. What impact would it have to apply them on a global scale? 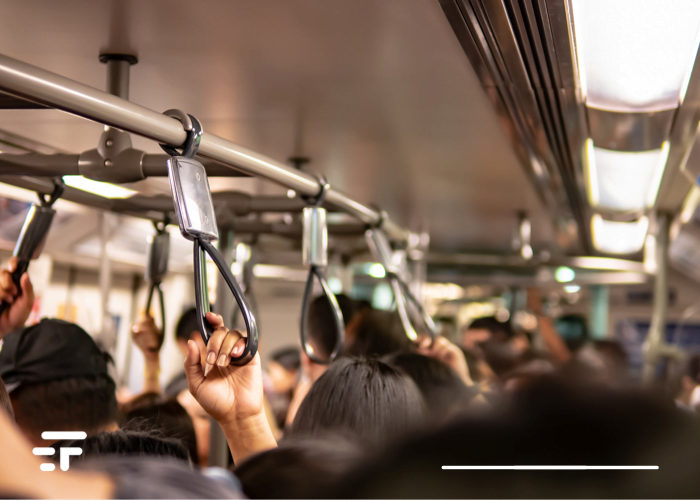 Are you used to spending a lot of money a month on public transport? Depending on where you live all those bus, train and tram journeys may soon be totally free. More and more lawmakers are willing to take a risk to find out whether free public transport systems can help reduce traffic and emissions, and make cities work better.

To date, there are conflicting results, the evidence is conflicting, but there are certainly already known advantages: first of all, equal access for all citizens to public transport, for example. Does it seem strange to you in a world where these services are not paid for? Think of schools, public health or libraries: even those are public services, even those are "free" and even those are paid for by everyone (through taxes).

We need to think about it seriously, because road transport accounts for 10% of global emissions: not to mention the costs of increasing fuel, which put a strain on the budget of more and more families.

Free public transport, there are those who have already made it

As mentioned, many countries worldwide they are approaching free fares for public transport. There Germany introduced a 'flat rate' of 9 euros per month, the Spain eased the pressure on commuters with free trains for a few months. Austria has a "Climate ticket”Of 3 euros per day without limits. Luxembourg ed Estonia? Virtually free.

Good vibrations, with some perplexities: precisely in the last two countries, those with practically free public transport. The increase in the use of vehicles all hangs on the side of pedestrians or cyclists, and this is a problem: because those who drive a car tend to continue to do so.

Even countries with short tests tell us little. TO Copenhagen a month of trial with free public transport seems to have worked, but by the end of the "free ride" people are all back to their old habits.

The only comfort, at the moment, in Germany: there are really fewer cars on the road, and the cities all seem smoother.

Bottom line: People are getting closer to free public transport right now, but that doesn't necessarily take cars off the road.

But there are benefits that go beyond the environment.

Thinking sideways can work. As mentioned, the temporary free trips introduced in Spain have aimed more at calming inflation and fuel prices than at cutting emissions.

I find this an interesting approach: Free train tickets could entice drivers to ditch their cars when fuel prices are high, traffic is stuck, or when traveling on vacation.

In any case, the local context is important. In Australia, for example the Tasmanian government made the buses free for five weeks to offset the increased cost of living. A success. However, the researchers involved they estimated that generalizing the measure would bring benefits to the richest, because the service would be used more in large cities and not in rural centers. In summary? Urban residents commuting to work. Ditto in Spain: those who are less served in general (small towns) do not get anything done with a free train. He just misses the train.

Free public transport: a measure of fairness, even racial

Interesting the analysis made in USA. Around there, the gulf between haves and haves often falls along racial lines: this means that free tariffs could support racial fairness. On American public transport the fines for those who do not have a ticket are very high, and as many as 9 out of 10 court cases for not possessing a ticket are presented to African Americans . By completely eliminating tariffs, the risk of discrimination would also be avoided.

Ok: where do we get the money?

Increasing public transport services and making it public at the same time: it will cost a lot, and the money will have to come from somewhere. How you do it?

In Spain, for example, free train journeys are financed with a tax on banks and energy companies, amounting to around € 7 billion over two years.

In general, however, public transport around the world is already financed to some extent with public funds. In France, tariffs represent only 10% of budgets. In Luxembourg, tickets generate only € 30 million in revenue on a € 1 billion budget. In the UK it doesn't work like that: 75% of the proceeds there come from tickets. The Queen's subjects should have a much harder time converting the system.

And they are struggling anyway: the pandemic has thrown upside down all public transport models based on a large traffic of people. Hybrid work forces us to rethink them: a half-empty office means many empty trains, which have transport costs but no earnings.

Can there be a compromise?

An alternative to free rates for all are targeted discounts: free or very cheap subscriptions for students, young or old: a practice that is already quite widespread, however. Free passes could be granted to those on lower incomes or in regions where public transport is available but unpopular.

Another compromise could be that of the “German model”: a low-cost flat rate for all. More satisfied people and even more revenue for companies.

Something needs to be done, in any case: completely free public transport may not convert all motorists, but it would certainly reduce the number of cars around. And that benefits everyone, with fewer emissions, better air, more people from all walks of life who are able to move.

Putting the calculations aside, however, one principle must be considered: public transport should be considered a human right , as well as health and education. No? 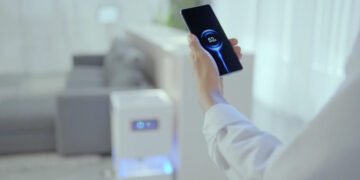 Xiaomi announces the upcoming market launch of a remote wireless charging system, which can charge multiple devices in ...