A “briefcase” weighing less than 10kg is a formidable tool for desalination with very low energy consumption. It can revolutionize the industry. 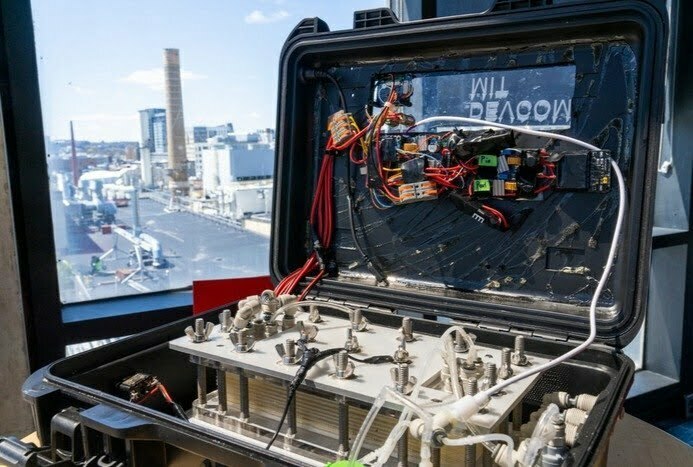 The easy-to-use unit, which weighs less than 10 kilograms and does not require the use of filters, can be powered by a small portable solar panel. (photo: M. Scott Brauer)

MIT researchers have developed a lightweight desalination device, less than 10kg, capable of removing particles and salts to create drinking water from seawater.

The suitcase-sized device requires less power to operate than a mobile phone charger. It can be safely powered by a small portable solar panel and generates potable water that exceeds WHO quality standards. Not thrilled yet? It's also extremely intuitive: it works with just one button.

Unlike other portable desalination units (which require water to pass through filters), this one from MIT uses electrical energy to remove particles from drinking water. This means no filters - a factor that significantly reduces long-term maintenance requirements.

The characteristics of this device (developed in 10 years of work) make it suitable for remote areas: small communities on islands, personnel on board merchant ships, victims of natural disasters.

"It is the culmination of the long journey my group and I have undertaken," says the senior author of the study published in Science (I link it to you here). Is called Jongyoon Han, and is a professor of electrical and computer engineering at MIT.

"We've been working on the physics behind the individual desalination processes for years, but putting all of these advances into a box, building a system and seeing it work with real seawater was a truly meaningful and rewarding experience."

To pass water through the filters in commercially available portable desalination plants, high-pressure pumps are required, which are difficult to miniaturize without compromising energy efficiency.

The MIT "suitcase" is based on a different technique, called polarization of ion concentration (ICP) and devised by the Han group over 10 years ago. Instead of filtering the water, the ICP process applies an electric field to membranes above and below the seawater flow. Membranes repel positively or negatively charged particles, including salt molecules, bacteria and viruses, as they flow. The charged particles are channeled into a second stream of water which is eventually discharged.

The process removes dissolved and suspended solids, allowing clean water to pass through the channel. And by requiring only a low-pressure pump, the ICP system also uses less energy than other techniques.

To further improve the desalinationFurthermore, the MIT system also includes a second process known as electrodialysis, to remove every small particle. To complete the picture, the inevitable smartphone app that controls the unit wirelessly and reports real-time data on energy consumption and water salinity.

The tests on the beach

After conducting laboratory experiments using water with varying levels of salinity and turbidity, MIT researchers field tested the device in Carson Beach, near the city of Boston. Feed tube directly into seawater, click a button and go. In less than 30 minutes the device had filled a plastic cup with clear, drinkable water.

“Success on the first try. Formidable. It was as if all these little progress we made along the way had exploded together, ”says Han.

Drinking water obtained from sea water has passed, as mentioned, the guidelines on the quality of the World Health Organization. It requires only 20 watts of power per liter of water produced, and generates 0,3 liters per hour. The challenge now is to make it faster, I guess.

Once this is done, the “magic suitcase” will serve to desalinate the sea water, but also to quickly detect contaminants in the water that is already drinking. There is still some work to be done, but the path is always the right one, and the enthusiasm is sky high.

The world is thirsting for the future. 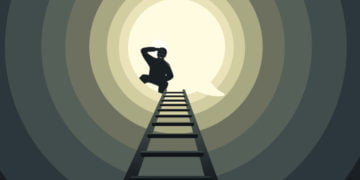 Not all have disappeared leaving their body on a bed: some patients in a nervous state are still there, not ...