Lungs and intestines are difficult scenarios even for the most advanced soft robots: now considerable progress will allow them to climb. 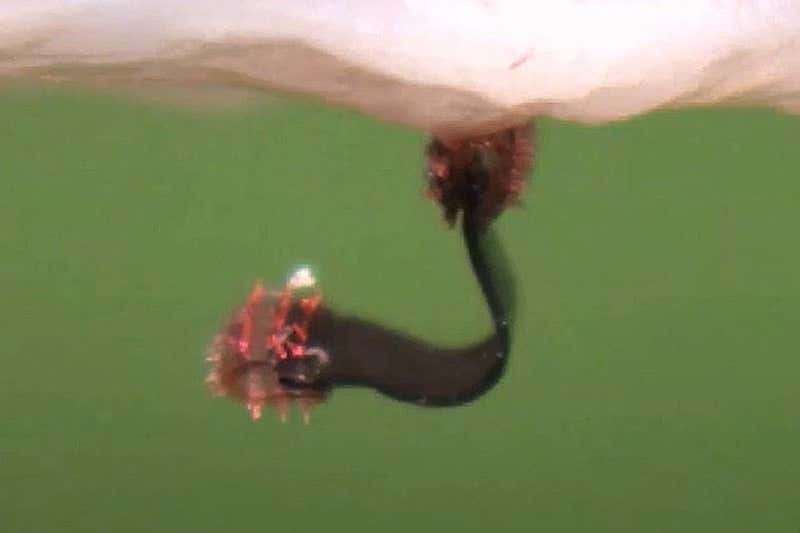 Tiny robots with malleable, flexible bodies and pointy feet may someday crawl along the slippery, moist inner walls of their lungs and intestines to carry drugs and medical sensors to hard-to-reach places.

The new "millirobots" (a few millimeters long) have 'paws' that adhere to the surfaces of the fabrics without losing their grip. They can also withstand jolts and stay in place on a surface as liquids pass over it. These are typical scenarios in parts of the body affected by breathing and digestion, such as the intestines and lungs.

This type of device, wireless and capable of climbing (even upside down) inside the human body, represents "a significant milestone in soft robot", He says Metin Sitti of the Max Planck Institute in Germany.

The first millirobot developed by was already portentous: it could walk, roll, swim, jump and crawl on biological tissues. However, he was unable to cling to the complex surfaces of human organs such as the intestine, and scale them. This is a major advance.

The research co-author, Xiaoguang Dong of Vanderbilt University in the US, says the key has been to provide the tiny robot with two spiked bearings, similar to the little 'thorns' of plants that stick to clothing. When covered in a thin layer of chitosan (a substance found in shrimp shells) these tiny spines allow the robot's legs to attach to the mucus layer of the lungs, or intestines.

A small army for the intestines and lungs

In tests on swine tissue, the researchers found that the robot continues to climb and cling to “highly slippery” and often wrinkled biological tissues, even when the fabric is shaken or washed with water.

The researchers used a nearby machine that manipulates magnetic fields to guide the robot's movements within the organs. Because the robot's body is constructed of a stretch magnetic metal, it bends and rotates in response to the machine's commands.

The ultra-thin millirobot (it's just 3,7mm long and 1,5mm wide) can carry a load of up to 20 times its own weight, says the co-author Yingdan Wu , also from the Max Planck Institute. This means that it could carry drugs, wireless electronic sensors, drug particles, or even microneedles and biopsy materials into the intestines and lungs.

Because microspikes only attach to the mucus layer, they don't cause damage to the lung and intestine tissue itself, Wu says. All that remains is to wait for the next stages of the research, but the silent march that brings the micro robots ever closer to our body continues. 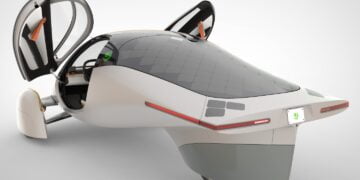 Aptera, a surprising prototype with incredible performance, is ready to accept the first orders for the final production version.

This comfortable smart shirt can measure your heart rate