Interesting Raptor-Inspired Solar Airplane Concept: Could It Be an Effective Form Factor for Future Sustainable Aircraft? 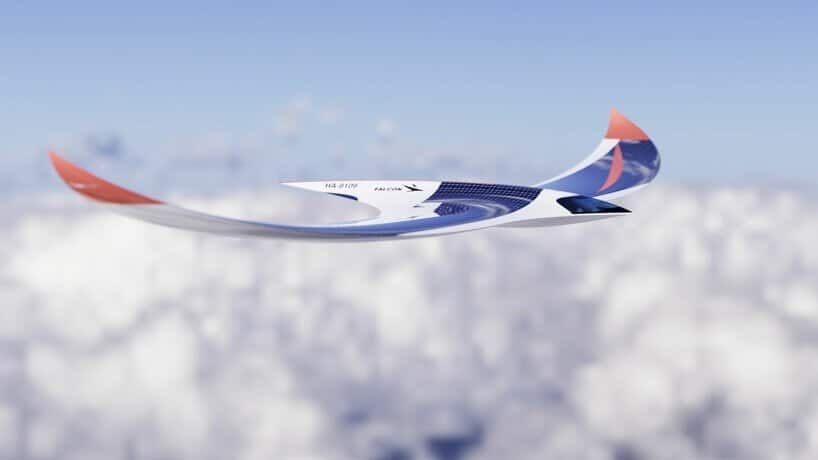 Il designer Laszlo Nemeth he emulated nature (he is not the only one, on the other hand) to give life to a futuristic solar-powered aircraft called Falcon Solar. The aircraft concept, inspired by birds of prey, features large wings that curve upwards, while the tail and cockpit are located at the tail and tip.

“Even today, the iteration of nature's shapes could be a wonderful source of design ideas and help in the development of near-perfect harmonic proportions, as harmonious as the golden section,” says the Hungarian industrial designer.

The Falcon Solar plane, second Nemet, is capable of flying with zero emissions thanks to the solar panels on its large wing area. “The design goes against conventional aircraft design by taking advantage of flying wings,” he adds. "The shape is unique in its kind, as the fuselage also generates considerable lift while contemplating a large surface area for the solar panels."

I immediately anticipate any possible observation (legitimate and pertinent): it is just a captivating concept. At present, all the specs and details on how this aircraft could actually fly are still missing.

Considering all the efforts of companies on research that can bring us zero-emission air travel, there is hope, at least. Could we see planes like the Falcon Solar, electric birds of prey, take to the skies in the future?

The idea behind the Falcon Solar is very inspiring, and it's amazing to see how the designers do it they look to nature for inspiration in creating more sustainable solutions. While the aircraft is still in the conceptual stage, I'm excited to see what specs and features Nemeth comes up with. I hope the final product lives up to its potential and helps reduce emissions from air travel.

Another property of metformin, a substance that already acts (not all) against diabetes and neurological damage. It is also effective on obesity ...