Physicist Melvin Vopson wants to carry out an experiment that would change our perception of any information contained in the universe. 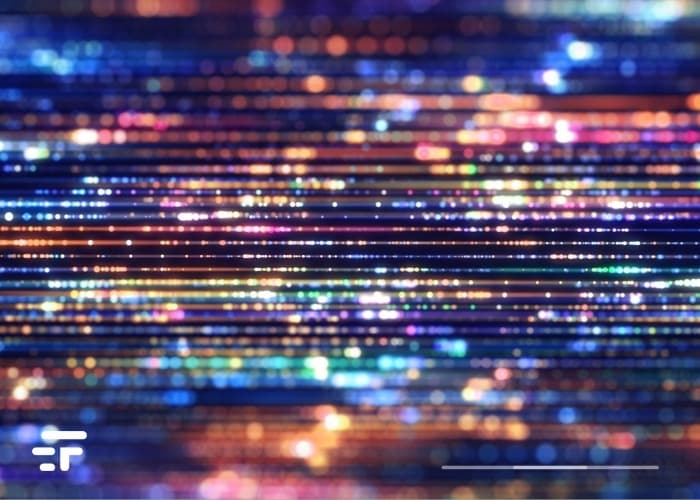 We are all now immersed in an overload of information, and for the physical Melvin Vopson of the University of Portsmouth this goes double. The British researcher is in fact trying to prove a suggestive thesis: the information would have its own physical presence. Digital data would have weight. It is a difficult operation, which could provide us with new insights into how to keep information in the future, but it is not only that.

It could also trigger a major paradigm shift in the way we view the entire universe.

Does the information have a measurable mass?

Vopson, a scholar of Information Theory, is looking for colleagues to carry out an experiment that, if successful, would produce gigantic effects.

In essence, it is a question of confirming that elementary particles have measurable mass. How? With a process of matter-antimatter annihilation: by throwing a beam of positron (positively charged) against electrons in a sheet of metal (negatively charged). For Vopson, this process should create energy equivalent to the masses of the two particles, and something more: two infrared photons. They would be the direct result of the cancellation of the information contained in the particles.

Do you need an LHC type accelerator? “No,” says Vopson. “The positrons should be slowed down: challenging, but not impossible”. The infrared photons, the "proof" of the success of the experiment, would be immediately recognizable, says the scientist.

A new concept of matter

The thesis of mass-energy-information equivalence principle proposed by Vopson in 2019 is the basis of this experiment. According to this thesis, for example, by deleting a terabyte of data from a hard disk, the latter would not only become "lighter" of information, but would also lose a real measurable physical mass. A small mass, of course. In his case it would be 2,5 × 1025 kilos. More or less that of a proton.

These ideas of mass-energy equivalence are not new, however. Most scientists agree that the observable universe has specific information content. The combined masses of the base atoms containing protons, electrons and neutrons - as well as their tiny mass requirements to interact with each other and with the rest of the cosmos - are contained in typical atoms. This type of information could be considered the "DNA" of particles, according to Vopson's article.

In summary, if the experiment proposed by Vopson were successful, it would demonstrate the existence of information as the fifth state of matter in the universe, together with solid, liquid, aeriform and plasma.

"It would confirm that our universe is mathematical: that there is a direct link between mathematics, computer science and the physical world," says Vopson. “This can radically transform the way we look at everything. It would be the missing link in many phenomena, including those of dark matter and dark energy. "

Practical aspects of information research as the 5th state of matter

The first digital storage device was the magnetic hard drive, created in 1956. Encodes information as binary data into ones and zeros, or bits (eight bits make up a byte).

Today, the amount of data we have access to today is astounding.

Within the 2025 is expected than this amount it will grow to 175 zettabytes. In other words, we are creating new information at such an astounding rate that in 350 years we will have more digital bits than all atoms on Earth, a theory that researchers like Vopson call "the information catastrophe ". Between about 110 years , “The power required to support this digital production will exceed the current energy consumption of the entire planet”.

And a singular implication

The confirmation that information is the fifth state of matter would also lead to a consequence hypothesized by several scientists: that the universe is actually a computer simulation. If information is truly a fundamental element of the cosmos, it is equally possible that our whole world is managed by an intelligent machine (or entity) somewhere.

Of all those investigated by Vopson, it would be the most incredible piece of information.