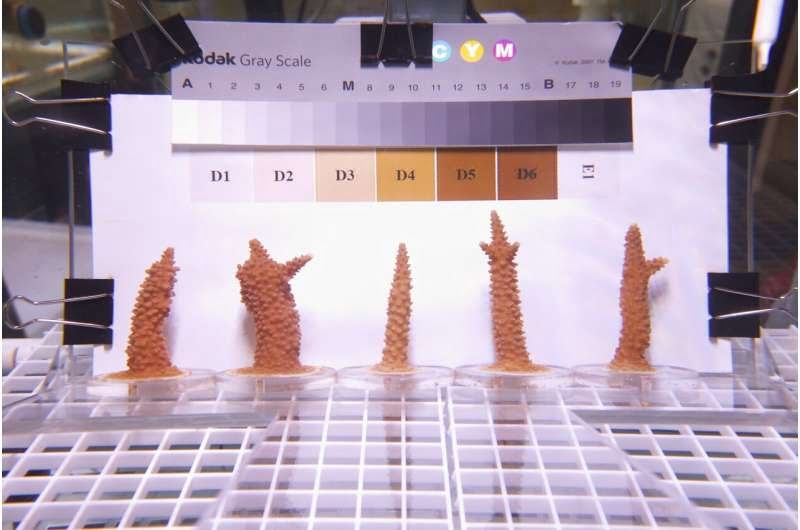 Coral restoration scientists are concerned about their survival in the face of warming ocean temperatures. Climate change has resulted in rising water temperatures, damaging coral reefs around the world.

Il Staghorn coral (acropora cervicornis) died throughout South Florida and the Caribbean. At this point it must be classified as a species of coral at risk worldwide, given the climatic threat.

Now, the scientists' goal is to "train" the corals, to help them overcome the stress of the new temperatures and recover the necessary strength.

A study followed by the team of UM Rosenstiel School and published in Coral Reefs magazine seems to have produced excellent results, which bode well for the future. Compared to previous studies, the UM project used a new system, in which temperatures reached a certain level of stress for a short period of time, twice a day.

We were able to show that this heat treatment can increase the resistance of corals to heat stress. Our findings bring a glimmer of hope into the uncertain future of corals.

How to increase the strength of corals

One part was immersed in water with a constant temperature of 28 ° C; another part, was subjected to fluctuating temperatures between 28 and 31 ° C, twice a day. Scientists photographed the bleaching process of each coral and recorded the level of thermal stress.

At the end of the experiment, the researchers found that the variable temperature treatment significantly improved the resistance of corals to thermal stress.

The results demonstrate the benefits of variable temperature treatment. The Staghorn coral treated in this way is able to resist above traditional temperatures. All of this can be leveraged by professionals to identify places where coral nurseries and planting sites may be exposed to more fluctuating temperatures.

Bottom line: Staghorn coral still has hope, and it may return to growing stronger than before.