Because the survival of the human species is practically impossible in case of nuclear war. 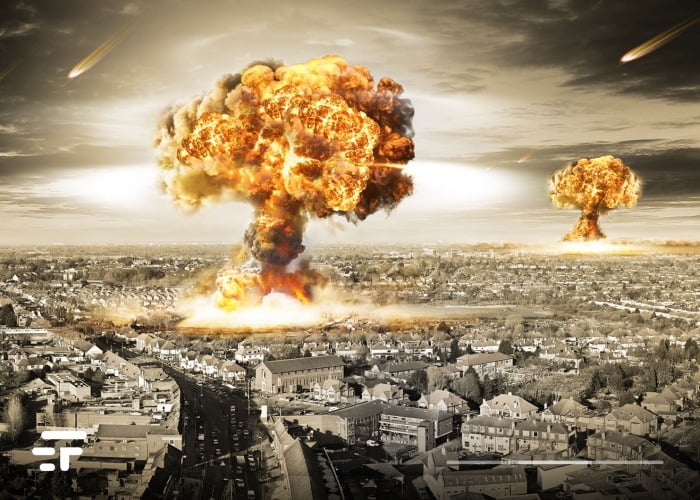 The tension on the Russia-Ukraine conflict increases, and clarity is reduced. The prospect of nuclear war produces a polarization: either it is ignored out of fear, or the possibility is underestimated. Always out of fear. It should be reiterated, the UN Office for Disarmament Affairs considers nuclear weapons as the most dangerous form of weapon on Earth, with the potential to kill millions of people and destroy everything in its path.

Would humanity survive a nuclear war? Here's what happened in the past, and what could happen in the future.

The first time nuclear weapons were used was during the end of the Second World War. In 1945, the United States detonated atomic bombs on the Japanese cities of Hiroshima and Nagasaki, shocking the world. About 70.000-135.000 died in Hiroshima and about 60.000-80.000 died in Nagasaki, but the effects did not end with the explosion.

77 years after that tragedy we know everything: another 125.000 people died in the following period, between spontaneous abortions and people exposed to radiation (with enormous rates of neoplasms and other serious health problems later in life). The long-term effects (including intellectual disabilities and impaired growth among children) have haunted the two cities for decades.

Atomic bombs, with radioactive elements such as uranium and plutonium, not only killed thousands of people but also destroyed Hiroshima and Nagasaki. A research note shows the devastation of the firestorms unleashed by the device. What about environmental contamination? Catastrophic. The real 'nuclear war' came later: air, water and soil disfigured, in some cases for hundreds of years.

What have we learned? Anything?

History speaks to us, but we do not listen. The sending of the Russian army to Ukrainian territory produced a very real threat of nuclear war. A threat that intensifies every day: the possibility that history will repeat itself in the form of other nuclear attacks, even if they were limited, anguish the world and personally made me sleepy. What could happen if it happened now?

Nuclear war: a planet on fire

Before giving you an idea, consider that thecombined nuclear arsenal of the world it's about 13.000 weapons of this type in the world. Beyond the 90% of these weapons belong to the United States and Russia. Modern nuclear weapons are much more powerful than those used in the bombings of Hiroshima and Nagasaki, which already had an enormous amount of explosive energy, measured in kilotons. According to experts, each of today's atomic bombs is at least 10 times more powerful than those already used. In some cases, however, they are even more powerful.

Hydrogen bombs, for example, can be 1.000 times more powerful of atomic bombs dropped on Japanese cities. It is difficult to predict the devastation that modern nuclear weapons can wreak, due to a number of variables such as where a bomb is dropped and the region's population density. In fact, however, they are able to wipe out entire cities, with no escape for those hit.

Nuclear warfare has been foretold in films and novels for decades, with the following end result: an uninhabited, or virtually uninhabitable, planet. It may not be far from the truth, as described in this study which traces the results of a hypothetical "short range" nuclear war between India and Pakistan. Assuming that the two countries are unleashed against 100 bombs (of the power of those of Hiroshima and Nagasaki, not even the modern ones) the count would be 125 million dead. Double the deaths of World War II. And it would be just the beginning.

According to the study, the massive firestorms that would affect both urban and industrial areas would produce huge shortages and starvation that would plague the entire world for more than a decade, resulting in a drop in global temperatures between 2 and 5 degrees Celsius due to at the soot released into the stratosphere.

It is scary to even hazard a guess about a nuclear war nowadays. Any kind of conflict, big or small, would devastate our world. For this reason, and I say this on this site that talks about the future, we have only one future: the one without nuclear war.

That future, or no future.

tags: WarAtomic warRussia and Ukraine, yet another war in the center of Europe
Previous post 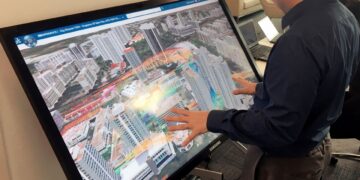 Solve problems quickly and well, even in an emergency. Cities will have a virtual twin to test solutions: a "Sim ...