The domino effect of the probable default of Russia is already causing many tiles to fall: it is a real leap into the unknown. 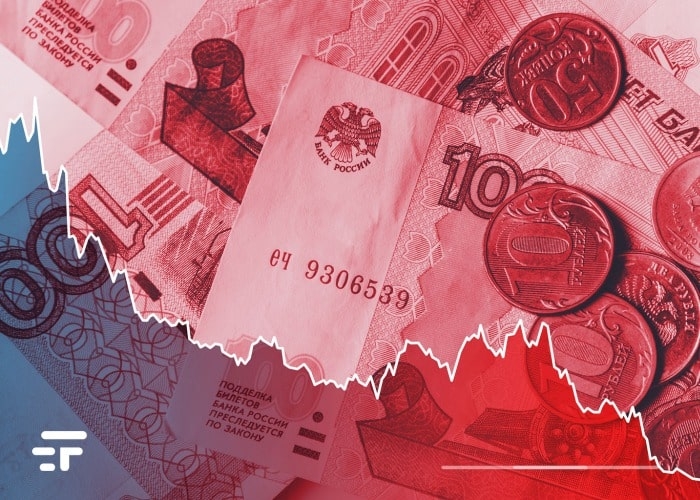 In a few days, the United States and Europe have ostracized Russia from the global scene by severing all economic, commercial and cultural ties: if this were not already epochal enough, they have closed its bank accounts making it impossible to keep its currency stable. Russia's default is now a more than concrete prospect, by all accounts imminent.

And it is not everything, you will be seeing it for yourself. Hundreds of companies and brands including McDonald's, Apple, Netflix, Adidas and BP have suspended their activities on the Russian market. Sports leagues, film festivals and other cultural institutions have banned Russian competitors.

Many of these measures are absolutely unprecedented for a country of Russia's importance. And they seem to me to represent the first major global experiment in moral punishment. I don't know whether Vladimir Putin wants to extend his 'Russian empire' or not, despite what he claims (that is, he wants to defend his borders, demanding neutrality from Ukraine). The effect that I notice at the moment is the opposite: a gigantic compression of Russia, the result of an equally gigantic demonstration of "soft power".

Consequences to take your breath away

The immediate consequences of this conflict they are catastrophic, and on both sides of this revived Iron Curtain.

In scattered order from East to West? In China, India and Brazil, commodity prices rose to all-time highs and economic indicators plummeted. Oil is at an all-time high and the Nasdaq is in terrible shape. Nickel prices have exploded, while the ruble has fallen by 50%. Russia's default, I said, is a probability. But the historical records of wholesale energy prices make it almost certain a default also in Europe, and yesterday the economist Mark Zandi estimated at "one in three" the chances of a recession also in the United States, and already this year .

Sanctions are a leap in the dark

Like all unprecedented situations, this "global punishment" of Russia is a leap of faith: I am not sure how, how much and for how long this method will work. And above all what unforeseen consequences it could bring. Some consequences, however, are evident: and 3 possible scenarios of this now imminent default of Russia can be outlined. One thing is certain: one way or another the world will change forever.

The "technological transitions" in the 21st century tend to be rapid: in about 20 years the owners of a smartphone in the world have gone from almost zero to 50%. Energy transformations are slower, however. And the growth of clean energy in particular has been very slow in the US and Europe, which is surprising given (one example of all) the decline in solar energy prices in recent years. The West simply refused to build green energy projects fast enough to decarbonise the grid.

The conflict in Ukraine and the resulting possible default of Russia could accelerate the green revolution in two important ways. How?

Prime. By increasing political pressure on the governments of the US and Europe to reduce their dependence on Russian oil and gas. (The US has already hinted that it will stop importing Russian energy, and Europe is studying a similar measure.) This will lead in the short term to rely on oil and gas reserves to keep prices from rising again. Over time, however, prices will rise to the point that relying on thermal energy will be impossible, and already today we are witnessing in Italy the "miracle" of 6 wind projects approved in one fell swoop.

According to. Rising gasoline costs would shift consumer preferences to electric vehicles. This marketing shift, combined with a painful rise in gas prices (which is already producing a patchy global transport blockade today), would have a shattering effect.

And a historical precedent: in 1973 the oil crisis and the increase in oil prices "forced" car manufacturers to become more efficient and consume less: from the energy shock to progress. It would be desirable.

It does not escape anyone: the "economic storm" that will lead Russia to default has already brought Putin's country closer to China. The role of the Asian giant is in full definition these days: the Chinese take turns the West's condemnation of the conflict to strange taken away, alternate the request for peace to semantic balancing acts to avoid defining as an 'invasion' what Russia calls a 'special military operation'. I agree with the spokesperson for the Chinese Foreign Ministry Hua Chunying on the preconceived use of the words "in the typical Western media style of asking questions." But the Chinese could and should know that dualism exists: what is happening could be both, right?

Even before the Ukrainian crisis, however, Russia and China were getting closer. Russian-Chinese trade increased by 50% since the Russian occupation of Crimea in 2014. Russia is now the largest recipient of state sector funding in Beijing, China and Russia have started using their own currencies to regulate bilateral trade in 2010. Most importantly, they have opened a trading line of currencies in 2014, drastically reducing dependence on the dollar.

In other words, China could be a "counterpart of last resort" to avoid (or mitigate) Russia's default. This would make Putin's (and Pushkin's, goodbye, more than condemn culture!) Country into a giant North Korea. Since 2010, Kim Jong-Un state has relied on China for about 90% of its total trade. This scenario almost certainly leads to the rise of China as Russia clings to the red lanterns in an effort to stay afloat.

We must not tell nonsense, but if possible the truth. Ukraine and Russia feed the world. They represent about 30% of global wheat exports, along with 20% of corn and 80% of global sunflower oil exports. Half or more of the grain produced in a number of nations, including Egypt, Turkey, Bangladesh, Sudan, and Pakistan, is imported from Russia or Ukraine.

One in eight calories in the world comes from Russia and Ukraine, according to NPR. And now I'm at war. If we also add Belarus, we also discover a big problem for fertilizers, which could interrupt a sea of ​​crops and cause the price of bread to soar.

A very small consolation: in the short term, the increase in prices could bring more earnings and a little oxygen to Sub-Saharan Africans, who make a living from agriculture. The risk in the medium term, however, is gigantic.

This conflict between the two "granaries" of the world could trigger a world revolt, a widespread political instability that would make the current risk of World War III seem a joke.

What started as a financial sanction against Russia has become a worldwide boycott.

The domino effect of Russia's default is already dropping many tiles. We can only hope that it will not make them all fall, and with them we too. 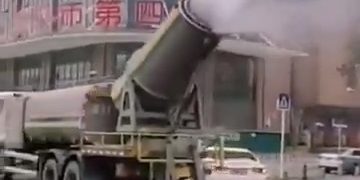