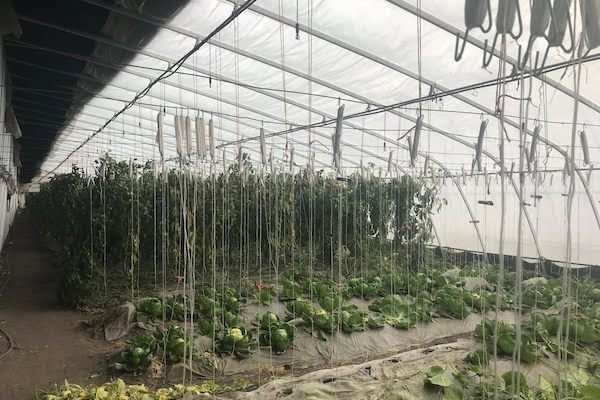 Currently, there are several types of greenhouses, which rely on solar energy.
La passive greenhouse, one of the most modern, uses only the heat generated by the sun and by objects that accumulate heat. No artificial sources are allowed inside the structure, which becomes a "little sun".

In Alberta, Canada, a passive solar greenhouse was built, inspired by the structures already present in China.

Inside the brand new FreshPal Farms, vegetables can grow all year round. The cold of winter is no longer a problem, and the greenhouse reaches the maximum level of production.

The builder of this incredible passive greenhouse is Dong Jianyi, who spent several years in Northern China.

“Where I lived in China, there were so many passive solar greenhouses. But in Canada I haven't seen any on a commercial scale, ”Jianyi revealed in an interview with CBC.

The idea was born from this observation, from the desire to demonstrate that passive solar greenhouses can produce practically anywhere, it is enough to know their basic functioning.

If Dong's facility has managed to weather Canada's freezing cold, there's no reason it shouldn't work in other countries as well.

Her sustainable greenhouse - the greenhouse does not use fossil fuels to generate heat - it measures 9 meters in width and 90 in length, with an area of ​​over 800 square meters (8.073 square feet).

The heat is retained by an insulating blanket, which is in turn controlled by an electric motor. The environment has an average temperature of 28 ° C, stable throughout the day.

After moving to Canada, Dong Jianyi tried to explore the potential of the passive greenhouse seen in China.

He thus bought a greenhouse kit worth 185.000 €, shipped directly from China, and built it together with his wife.

Heating a traditional (gas) greenhouse of this size and keeping it up and running costs over € 20.000 per month.

In 2020, the Dong greenhouse managed to produce nearly 13.000 kilograms of tomatoes.

The goal is to maintain the same levels for the following years, and try to significantly expand their business.

In a post on Facebook, Dong revealed that two more greenhouses are in production this year, with the hope of growing day by day. 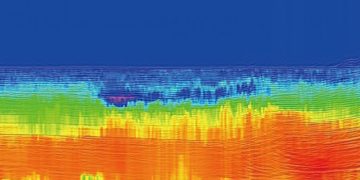 This huge underwater gas field can represent an energy opportunity, but also a greenhouse gas bomb ready to ...