A prototype renewable energy device modeled on algae generates energy while gently rocking beneath the surface. 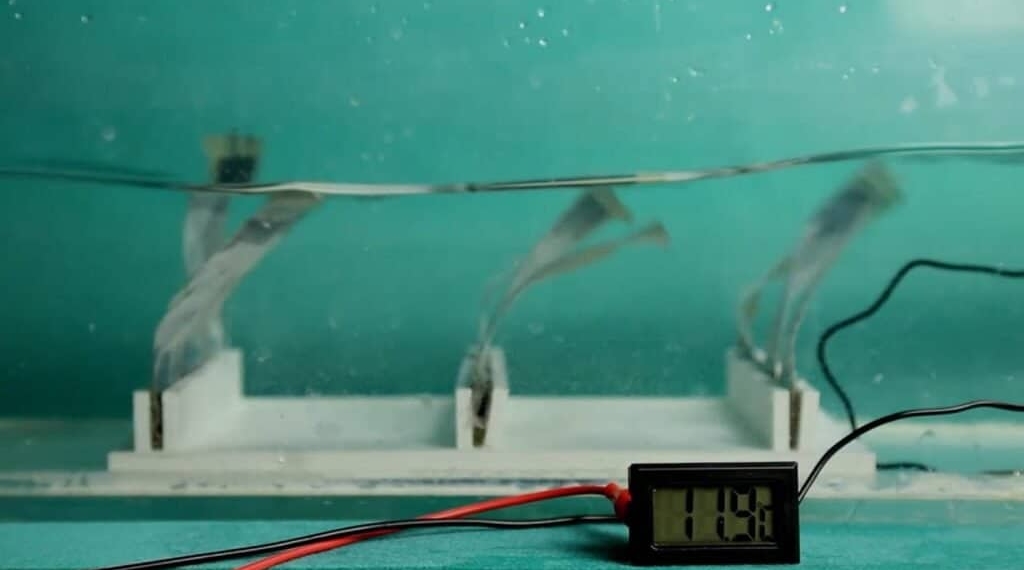 Renewable energy doesn't always seem like something created by nature, but it certainly is often inspired by nature. Some examples? Smart solar panels that track the sun across the sky like sunflowers, or "underwater kites" that swim like fish. Now come "electronic algae", special filaments that generate energy from the wave motion.

It is a concept in scale that shows a lot of potential. On a large enough scale, its algae-mimicking filaments could supply electricity to large electrical equipment from wave motion. Floating buoys, coastal power plants, submerged devices, water monitoring equipment, even navigation lights.

How do these 'algae' work? Through the so-called triboelectric nanogenerators (TENG) which collect excess energy from the transfer of electrons from one surface to another, for example with static electricity.

After four years of research, a couple of scientists trying to create an energy source that looks like algae have used FEP, a copolymer often used in tubes around cables, and PET, one of the most popular plastics, both coated with ink. conductive.

As the wave motion causes the TENG algae to oscillate, the liner is repeatedly plugged in and unplugged, generating electricity. In a recent article describing the success of this device, scientists have shown that only a few of these algae are capable of powering an array of 30 LED lights.

Because they emit no heat, light or sound, TENG algae have virtually no environmental impact. If you think that some wave power generators are huge machines often subject to corrosion (and therefore to water pollution), you immediately realize the possible change behind this development.

Here is a video showing how it works.

Professor Minyi Xu at the Georgia Institute of Technology helped develop TENG algae. The researcher estimates that (provided that underwater energy is sufficient to stimulate TENGs two or three times per second), an 'energy park' as large as Georgia could meet the energy needs of the entire planet.

In these terms, of course, the system would be impractical: too large and difficult to carry energy. A number of TENG plants, however, could supply entire areas.

Now the researchers are developing the system for the first full-scale tests. I can not wait. 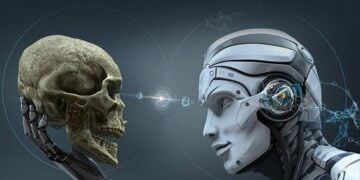 In a few years, automation will begin to disrupt the world's societies (again). And the changes will bring an unpredictable future ....