Personal flight is approaching great strides: more and more prototypes are developed, and this is rather unique. 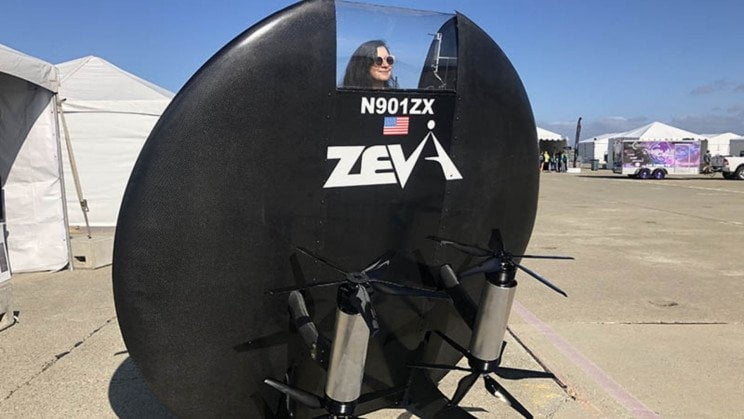 Do we have to tell us? Personal flight has always been the forbidden dream, from Icarus onwards. And like all dreams it has its disturbing implications, and many obstacles that slow down its transformation into reality. But nothing, nothing makes us want a personal aircraft more than city traffic. How many times have you imagined being able to fly out of a traffic jam?

A team of researchers from Washington State University (WSU) works with the US startup ZEVA Aero to create an electric vertical take-off and landing (eVTOL) aircraft for a single passenger, taking us one step closer to making that dream a reality (but will it ever come true?).

In summary: ZEVA Aero has completed a functional prototype of an incredibly futuristic looking personal eVTOL vehicle. It looks like an individual flying saucer, and aims to be used for emergency and rescue services.

The prototype "individual UFO" is ready to take off

The prototype is capable of flying at over 250 kilometers per hour 160 mph (257 km / h) for up to 80 kilometers (50 miles). Like any eVTOL, the personal aircraft hovers like a helicopter in flight, then tilts horizontally to fly more efficiently, like an airplane.

WSU researchers are working hard on the modeling and propulsion system of the aircraft as well. They are the key factors for the success of such a project, because the biggest challenge of building a personal flying machine is generating enough thrust to get a person off the ground. The latest advances in engines, control systems and lightweight materials are helping researchers reach the finish line.

So when can I fly into mine eVTOL personal?

The answer is complicated. It is not just one person who has to fly, but quite a lot! How do all these people get in heaven? John Swensen, associate professor at the School of Mechanical and Materials Engineering, thinks the problem will be solved sooner rather than later, but he doesn't explain (or at least I still don't quite understand) how.

Either way, this eVTOL prototype is just the latest in personal aircraft preparing to take off. Many companies are working on it. There is even one, from the Jetson Aero, which can be assembled at home. It costs 85.000 euros, not a little, but it seems that the price for a personal "Do it yourself" aircraft is practically free. Who knows, maybe this too is a way to get closer to the future.