They have become ever faster and more precise, and with this new Harvard development, exoskeletons are rapidly spreading. 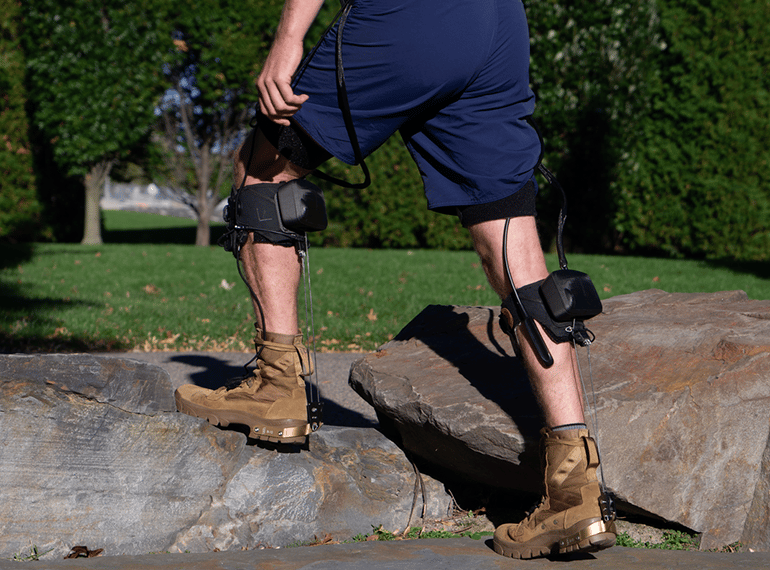 At Harvard University, a team of scientists and engineers have perfected special exoskeletons that have been under study for over two years. The devices use ultrasound to measure muscle activity: thanks to this ability, they are quickly calibrated to the needs of users, supporting them in walking or running in an adaptive and precise way.

By directly measuring muscle dynamics, in fact, these exoskeletons know exactly how, when and how much to intervene, bringing this type of technology much closer to real application. This is good news, because patients with neurological problems or muscular dystrophy will benefit first and foremost.

Assisting those with mobility problems by providing extra energy when walking or running is very important. And it is no coincidence that for some time there have been many laboratories that have been studying exoskeletons to apply them both in the military and civilian world. Currently, calibration is one of the biggest obstacles to their mass diffusion: each of us is different and has different needs, it is not easy to build a quite versatile device. The uneven terrain, a different walk, many parameters that force the exoskeletons to drastically change their requirements.

If you imagine a world in which anyone can put on an "armor" like this and make it work right away, you are on the wrong track. Currently, it takes hours of tuning before these exoskeletons are ready for the needs of a particular user performing a specific task. This is another reason why Harvard's research (which has been going on for some time) is very important. Their exoskeletons know how to "read" the muscles of the wearer, and "customize" themselves accordingly.

Look under the skin, adjust accordingly

"We used ultrasound to look under the skin and directly measure what the user's muscles were doing during different activities," he says. Richard Nuckols. He is one of the developers of the new exoskeletons, and in a Harvard press release he expresses his satisfaction with the results of this study. "Our muscles and tendons have compliance, which means that there is not necessarily a direct mapping between the movement of the limbs and that of the underlying muscles that guide their movement."

The new ultrasound system is worn around a user's leg and begins to "read" the underlying muscle activity. “From these images we estimated the assistive force to be applied in parallel with the calf muscles. A strength that compensates for the extra work these muscles have to do while walking, ”he says Krithika Swaminathan, another researcher involved in the study.

These exoskeletons take just two seconds to accurately assess muscle activity. We are approaching a lower and lower latency, and we will arrive at a time when these gadgets will not seem "superimposed" on human activity, but will be perfectly integrated and will enhance it in a practically invisible way.

Check out the technology in this video.

While the Bel Paese is struggling between economic reforms and new political pressures, yesterday ...